How to Be Brave and Messy

When Bryan and I were dating, he planned an elaborate surprise date that ended with us seeing The Civil Wars in Indianapolis. They were incredible, and it was the first concert I'd attended where I realized I was getting old because I lost count of how many times I thought "I wish I could sit down."

And in the vein of standing room only concerts, if there are height requirements for rides at amusement parks, there should be requirements for people that are eight feet tall that stand in front of all of the short people. Anyway.

Since that night, we've gotten engaged, married, and had a baby. The Civil Wars came out with another album, went on a silent break, and subsequently broke up. Everyone seemed floored by it - the duo was loved by many and everyone wanted to know why.

They remained quiet, and eventually the speculation and clamor died down enough for us to miss them while holding tightly to what they'd already given us.

Last Tuesday, Joy Williams re-emerged as a solo artist. I listened to her album on NPR and was immediately hooked - and found myself poring over interviews she'd done with various websites, speaking for the first time about the band's demise and how she has moved on.

In each one, she spoke with gentle candor. What happened was none of our business, and while it seems things did not end well, she was able to share honestly but gently at the same time. Her songs are vulnerable and deeply personal in a way that others can connect in their own experiences. She wrote bravely, and figured out how to write about what happened to her without it being at someone else's expense. 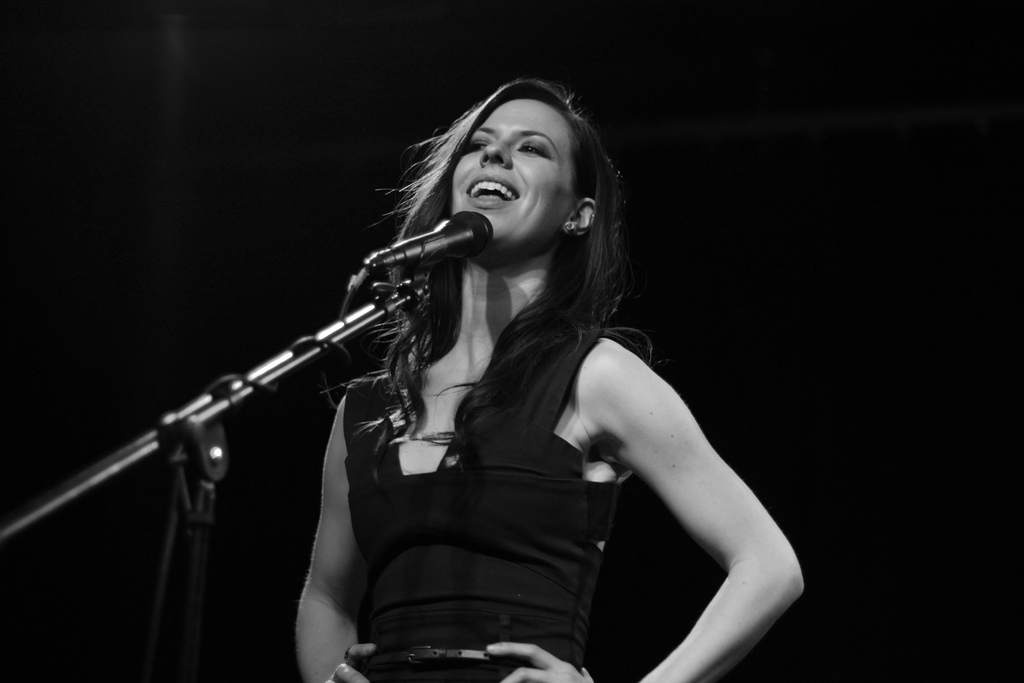 In this particular interview, I saw this passage and I've not been able to get it out of my head:

"I’m not cleaning closets now. I’m letting things be messy. I feel like I went to a deeply inward process. Before I felt more comfortable writing in metaphors, until I met Matt Morris. During one of our very first writes, he said to me…

“You are so afraid to say anything wrong that you are risking not saying anything at all.”

Matt said, “That’s a great way to start a song. What next?” He told me to put my laptop away and just talk. So I did. Not one single line from “One Day I Will” was overly woven or crafted. It was literally me, just talking, one line at a time. And that’s pretty much how writing the rest of the record went after that."


Lately as I've tried to write, I've found myself frustrated by how careful all of my words feel. I was telling my Nana that I just didn't know what to say anymore. There were so many things that came to my mind, but all of my thoughts were being filtered through what others might think. What they might like. What they might be offended by. If it was funny enough, or poignant enough. The problem with the internet is that it makes everything feel very permanent and hard to forget, and as we're learning and processing things and sharing them, it's hard to be confronted with those things over and over when we don't do it in a beautiful way. I was being so careful so as not to share anything until I'd reached a point of certainty about what I thought. It was wrong, because "am I now trying to win the approval of human beings, or of God? Or am I trying to please people? If I were still trying to please people, I would not be a servant of Christ. (Galatians 1:10)"

He tells me to follow Him, to share about Him that others could recognize and want to know more of his goodness, but never does he expect me to do it perfectly. He knows that I can't, and that's why my life is hidden in Christ, who did it all perfectly. He knows that I will be a mess, that I will say the wrong thing, that I will make mistakes. That I might say something stupid or offensive. That doesn't mean I just don't say anything. I think it means I just need to be braver and remember the glorious freedom of saying when I'm wrong, and saying that I changed my mind. Of asking for forgiveness when the situation warrants, and reveling in the fact that the Gospel is my certainty.

By Joy Williams being honest and brave and sharing her heart with others, it is helping me to do the same. It's possible to talk about what's happening and what's messy and what I'm not sure of and to speak candidly without forsaking gentleness and kindness. I'm not going to stop trying.

I read Scary Close by Donald Miller recently and am thinking about getting this tattooed on my back - only not really, because get that needle away from me.

He talked about how he got comfortable being careful, too. And how he changed his mind and decided this:


I hope that you feel permission to do the same - that you aim to please Him, and not people. That you know that there is grace abounding for when we don't do it well. To not stop trying to be brave and messy.

(And please, for the love. Go listen to Joy Williams' new album, Venus).