Just the other day is was in the mid-eighties in Atlanta. IN MARCH. I am pretty sure I started sweating just trying to imagine what it would be like in the real summer months. When the flights are busting at the seams. When the overhead bins won't close, when the world is in vacation mode, and when it's officially summertime in the airport.

Last summer, we were finishing up a three day trip and heading back to New York. While I sat at the gate with the rest of my crew waiting for the inbound flight, there was a last minute gate change to another concourse.

In the few moments we'd been sitting there, I'd started a conversation with an older woman and a girl sitting next to her. They had never met each other, and I had never met them. They were going to be on my flight back to New York. The older lady had been visiting her grand babies. The girl was going to serve at a camp in upstate New York. Since Atlanta can be somewhat daunting when you're under a time constraint, they decided to follow us to the next gate. (Since the plane can't really leave without the crew).

Stepping off the train is always a shuffle of hundreds bustling in and out when the airport is that full. In the midst of the crazy, a man in a cowboy hat stopped to ask us a question. His face was weathered from the sun, and I could see the concern of being disoriented in his eyes. With great animation he pointed to his boarding pass, and spoke quickly in Spanish that I could not understand. Witnessing the moment of confusion for all of us, the girl I'd just met stepped in and translated for me. The anxiety melted from his face and it seemed that showing compassion and helping others came very naturally to her.

By the time we made it to New York, we had introduced ourselves officially. Her name was Zugey, and she was on her way to work as a dance instructor and translator at a summer camp for several months. Since we were late arriving, she'd missed her transportation to the camp and I tried (emphasis: TRIED) to offer what little I knew of the public transportation she could use. We found each other on Facebook and we parted ways. I kept up with her summer in happy photos that seemed to promise the good work of God's kingdom. 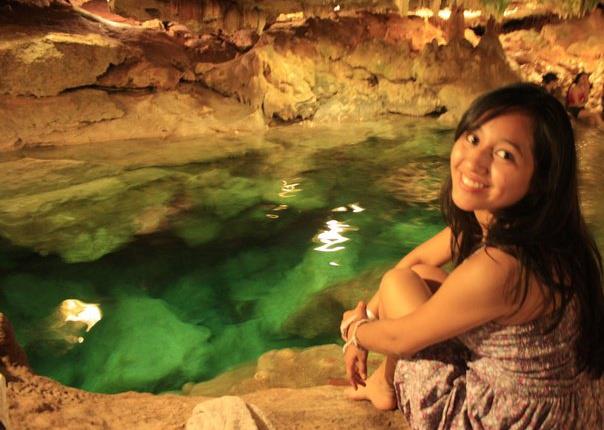 One day in the late summer, when I was rushing to my gate to leave New York - I ran into someone. Like physically knocked into them.

I was at the airport from the beginning of her sumer adventure, and managed to be there at the exact moment she was traveling home after several months. We were both dumbfounded. New York has three airports. There are hundreds of departing and arriving every day, and we got to be in the same place to say goodbye to each other.

Those are my favorite moments.