If I Don't Have You

Jesus loves me, this I know. For the Bible tells me so.

I never grew up in church. But I knew the words to that song. Because I knew it was time to flip the cassette back to the other side and rewind it. (We only switched it after we listened to that song because, I'm sorry, but how did Aaron Neville and Kenny G weasel their way on to that soundtrack?)

My mom and I were both tiny and young - we lived in Connecticut,  and we drove around in a champagne colored Ford Explorer and listened to The Bodyguard soundtrack. My little sister may or may not have still been a fetus.

After a late night crafting paper flowers at my Brownie Troop meeting, I would climb into the car and hope that my mom would let me listen to Run To You more than once on the way home..

I couldn't even look at any delicate scarf without thinking, "THROW IT ON A SWORD SO WE CAN SEE IF IT REALLY SPLITS IN HALF."

I was almost six. So, it started really early. My love for Whitney Houston. 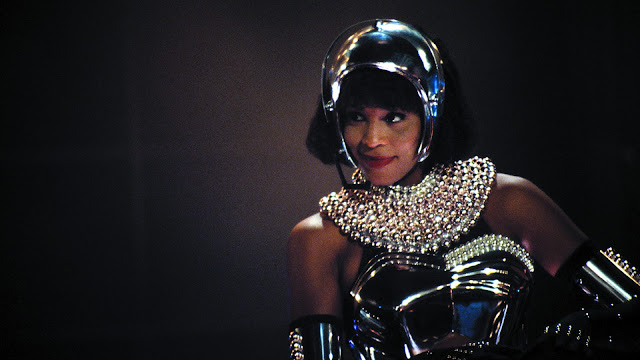 On Saturday night, in the midst of a packed movie theater, I got a text from my friend Amy that said, "Is Whitney Houston dead?"

I usually believe Amy because she works for a news station and is closely acquainted with the Associated Press.

And then I started getting phone calls. Voicemails. More texts, asking me if I was okay.

I realize how dramatic that all sounds. But my friends just now how much I love her.

And then I started crying - which was a combination of the sadness of such loss, and also, RACHEL MCADAMS, PLEASE JUST REMEMBER THAT YOU LOVE CHANNING TATUM AND THAT SCOTT SPEEDMAN IS IN LOVE WITH FELICITY.

I started thinking about how many times I have listened to I Have Nothing and been so thankful for not one, but TWO magnificent crescendos. Just when you think her vocal cords weren't capable of anything more robust, she takes it to another level. I also think of how I roll my eyes when, every year, without fail - someone tries to sing it on American Idol. TRIES.

I remembered the summer when my little sister Camille and I successfully completed the entire game of Crash Bandicoot and I listened to I'm Your Baby Tonight when attempting to advance to the final levels. (Those don't sound like they go together, but there was one year at Christmas when we sat on blow up chairs and played Cool Boarders and listened to that Charlotte Church and Billy Gilman song over and over. I promise we weren't gamers. I don't know why we thought those were appropriate for Playstation accompaniment. And, what happened to Billy Gilman? FOCUS, FRAN).

I thought of how many times have I gone running and lost all motivation to keep going, and then turned on Queen of the Night and catapulted into turbo speed. Or just started thrashing and dancing, right there in the road. 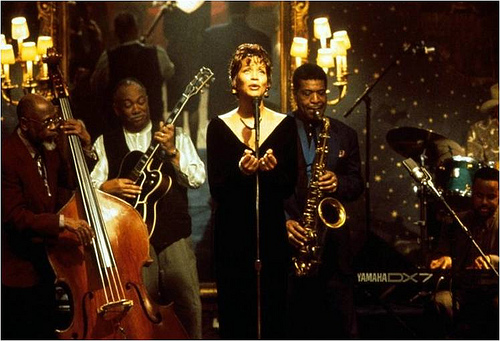 It always stressed me out when Denzel Washington just completely FORGOT that he was an angel and was supposed to be helping Courtney B. Vance save his church from closing down and also kind of fell in love with his wife. But I would probably get distracted if I saw Whitney sing "I Believe In You and Me" in the middle of a little jazz bar, too. Who am I to judge?

There was a time in 1998 when my sister and I would dress in our finest gowns and play Titanic. Camille had bunk beds at the time and we pretended to get sucked underneath the beds in our gowns. When we were tired or thirsty, we stopped to take a break. During our rest times, I would listen to her on the radio and think about world peace. (And YES, I was way too old to playing Titanic. We were creative?)

At my eighth grade graduation, my friend Sara and I stood in front of peers and families, and sang When You Believe. Looking back, I'm struggling to find the relevance of a song about God's people in a mass Exodus to the promised land having anything to do with us graduating the eighth grade. Look how far we've come? All the way to high school? Or maybe Sara and I had the power of persuasion and just convinced them to let us sing it.

Is it possible to choose a favorite? NO, IT'S NOT.

who Chaka Kahn was,

what hotel to never stay in,

what her name wasn't,

who to dance with,

if he loves me or not,

and what to listen to as soon as the Christmas season begins.

She helped start my annual tradition at the Super Bowl of saying, "NO ONE WILL EVER SING THE NATIONAL ANTHEM AS WELL AS SHE DID. NO ONE. NOT EVEN JENNIFER HUDSON."

I always thought she'd make a comeback. I always believed Whitney would get better and that she would surprise everyone and that we could celebrate the return of the woman that made people exhale.

Try she did. The greatest talent - she had.* 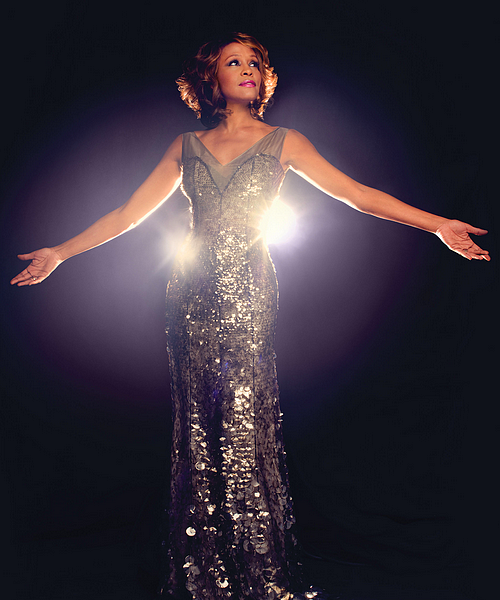 Less than two weeks ago, I sent a text to my best friends detailing a dream I had about Whitney. I dreamt that I was her caretaker and she broke down on stage and I had people help her off so we could have a counseling session. And then, this.

Life is just a breath. It is fleeting. My heart aches for her family, and for her daughter that is probably hurting so much right now. God gave Whitney such an incredible gift, and I have enjoyed it for the majority of my life. No other woman could sing the way she did. It was hearing her sing that made me love singing. There's nothing like it. So thank you, Whitney Houston.

And thank YOU for letting me be dramatic and say all of those things.