I Know This Much Is True

Yesterday marked an entire year since all of this started.

My mom cried when she left me at the airport.

I brought way too many bags.

I sat in an auditorium and clapped until my palms were red and itching. I wondered if my hair was big enough - if my teeth were white enough - and if I would ever physically be able to stop smiling.

And here I am. An entire year later?

I want to tell you (some of) what I've learned. 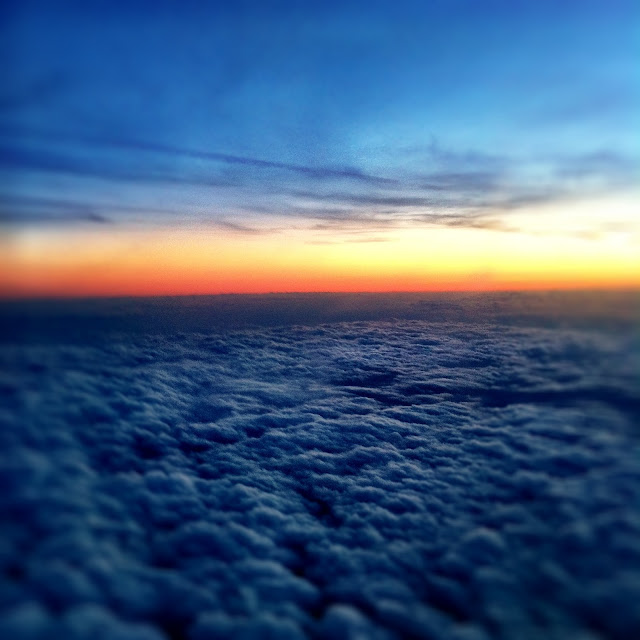 Humility comes in surprising forms. You may think you look pretty, until you step into the lavatory of an airplane and look at yourself in the mirror with that heinous lighting.

Eventually, if you wear the same pair of high heels for hours and hours and days and weeks - they'll probably end up smelling like corn chips. Yes, that's gross.

Trying to do your makeup while up in the air in a pressurized cabin will inevitably result in liquid eyeliner spraying all over your face. (Use caution when opening cosmetic products).

If someone packs the game Catchphrase in their carry-on and shoves it into the overhead bin, it will probably go off. And that beeping definitely sounds like a bomb.

There are some days when fourteen hours will pass and there won't be time to stop for a proper meal. Don't be surprised to discover peanuts in your bra later in the evening from your ravenous snacking. That snacking is what I like to refer to as 'raccoon mode.' It's when you're hungry and rip through pantries, garbage cans, cabinets, and snack baskets in hopes of something to satisfy your blood sugar levels.

Every time I flush the toilet in the lavatory, I think "WHAT IF I GET SUCKED OUT."

El Paso is gross and I don't want to go back.

It will NEVER not be funny when people listen to music and watch movies on their laptops and don't realize their earphones aren't plugged in all the way.

As a result of people handing me their snotty tissues, sick bags filled with vomit, excrement-filled diapers, and unidentifiable half-eaten food products, I am officially immune to all germs. I've been wanting to tell everyone for a while, but I am pretty sure I am the Outbreak monkey now. I am the hostess with the mostess. The one unknowingly infecting people, I am sure. If I offer to share a banana with you, it's probably in your best interest that you decline.

Google Maps cannot always be trusted. Or, I'm just that directionally challenged. I've learned this the hard way. When I've walked two miles out of the way trying to find a drug store to buy sunscreen, only to be burnt by the time I finally realize it was basically across the street.

One of the most common phrases I hear amongst my co-workers is, "I would never date a pilot." I'd heard salacious stories while in training about all of the scandal that goes on. I've really just learned that a lot of them are old enough to be my dad, and you can often count on them to provide you with good joke material. The kind of jokes that you find on Laffy Taffy wrappers. Orange you glad I didn't say banana?

Don't put yourself in situations in which you might end up as a Lifetime movie.

Here's to another year of adventures. Cheers!