For several days, we visited the same beach.

A beach comprised of tiny crushed shells, and waves that made me fall asleep believing I was still floating amongst them.

It was tucked away - past murky sea water (I can't even talk about it) and hidden behind a lot of trees.

Obsessively, I reapplied sunscreen and sought constant solace in the shade.

Susannah and Brake have more cooperative complexions that favored tanning. I am pretty sure I am allergic and I sometimes get a weird rash on my foot. It couldn't be more attractive or endearing.

Brake put SPF 50 on her face and a 4 on her body - granting to me the right to refer to her as 'ewok' for the rest of the trip because of her white face and brown body. But I was allowed to, because of my rash.

The last couple of days in our vacation were the adventure segment.

There's a volcano in Costa Rica.

Arenal. A volcano so great, it has its own website.

It was exciting - because I've never seen one in person, and my mother and I have a sick infatuation with Dante's Peak. (Though, to this day - I will not get in a hot spring because of it).

We stayed in an expensive hostel with air conditioning that didn't work, complete with college student inhabitants that made me wonder if we were just in time for a taping of "Real World: Hostel Edition." 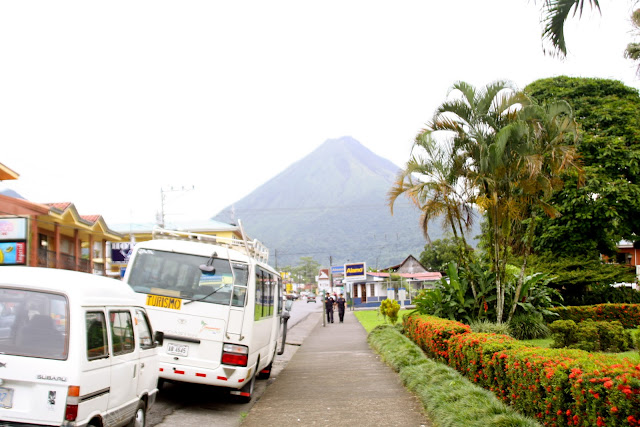 Since Susannah had previously lived in Costa Rica, she'd already been ziplining. As in, A ZIPLINE CANOPY TOUR OF THE COSTA RICAN JUNGLE.

Brake and I made an appointment on a company's website, and they came to pick us up.

They came to pick us up in a completely white, nondescript 16-passenger van. Just Brake and I. The driver spoke no English. Our translator (Sus) was left at the hostel. We had no idea where we were going.

The duration of our time spent in the van was silent. Occasionally the man would say something (presumably) kind in Spanish. And we would nod. Sometimes smile.

My palms were sweating and I was silently praying that they were not planning on selling our organs on the black market.

Brake later confessed she was silently praying that there was a helmet there big enough to fit her head.

We made it there safely.

We were the only two people there for the tour.

Brake and I, with our two Costa Rican zipline tour guides.

Conveniently, the only English they knew was the safety monologue they'd memorized and rattled off like a verse from a Nicki Minaj song.

The only distinguishable words I could recall were a few "do not's" and "death."

(Whispering, and walking to the forest like we are on death row)
Fran: Do you have any idea what he just said?
Brake: No idea.
Fran: Shit.* 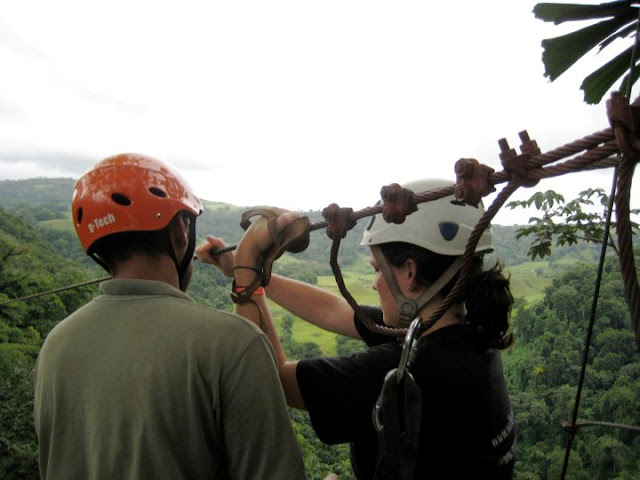 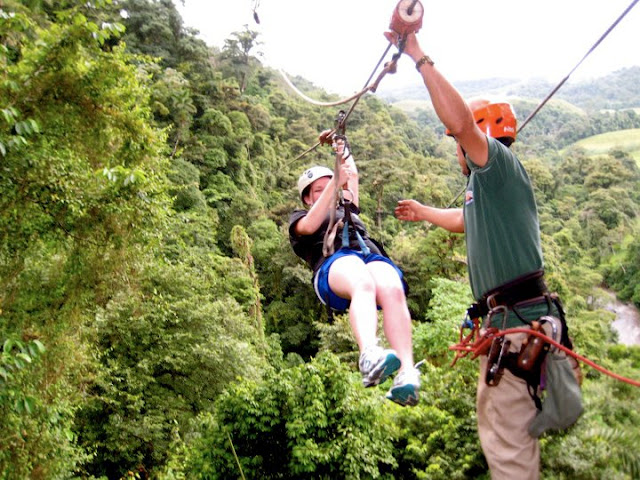 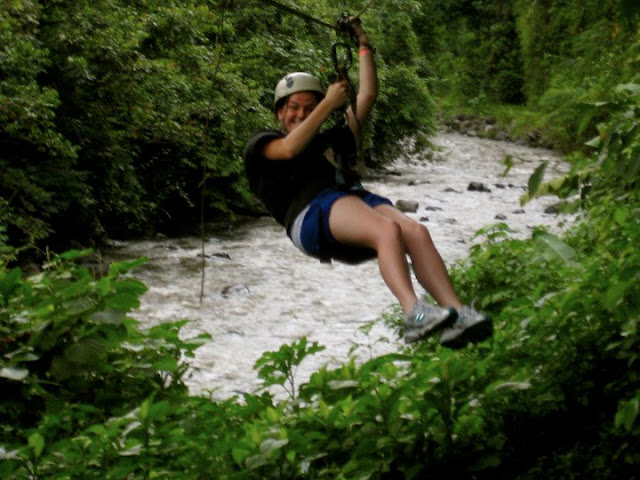 We quickly learned the instructions.

For instance, something about "don't stop yourself too quickly before approaching the next platform, or you'll have to pull yourself up the cable." Brake learned that the hard way.

It was so exhilarating.

Partly because we didn't know if we'd ever make it out of the jungle again, and partly because I had to jump off of a platform and pray that the rusty forgotten cable in the trees would let me go back to my family and marry and have children one day.

Our tour guides also got progressively weirder as we made our way through the tour.

One of them made loud exotic bird sounds and would only stop to sing Feliz Navidad.

One kept taking our camera and zipping away.

I ziplined over a river. It was amazing.

We were really, really thankful to run back into the loving arms of Susannah, though. For her gifts of translation, and sangria. 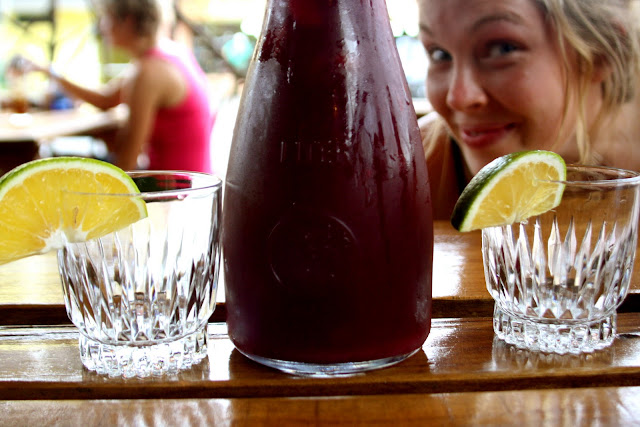 We went to the waterfall.

We swam in the frigid and torrent water to climb behind it.

It was one of those defining, never forget it sensations. To experience the magnificence of creation with people that are dear to you and experiencing it, too. 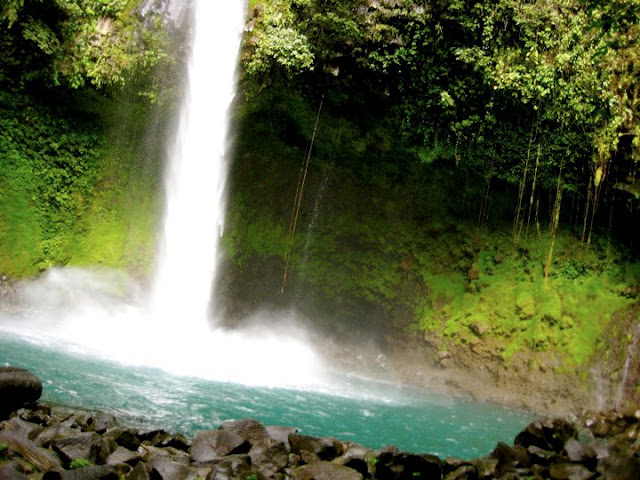 We swam with fish. 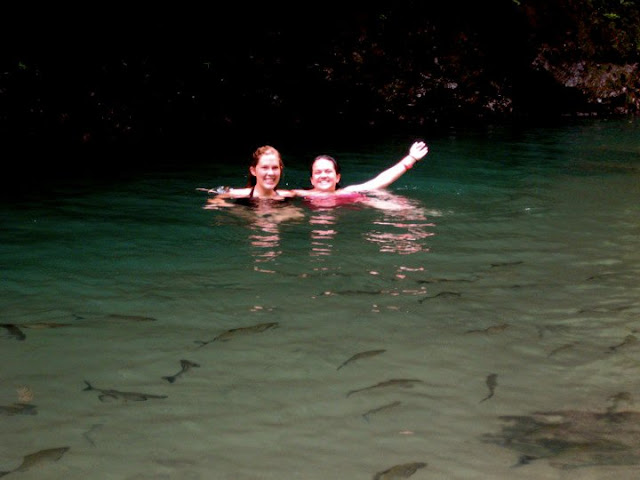 We weaved through the mountains. Occasionally stopping for coffee, and eventually exploring downtown San Jose. 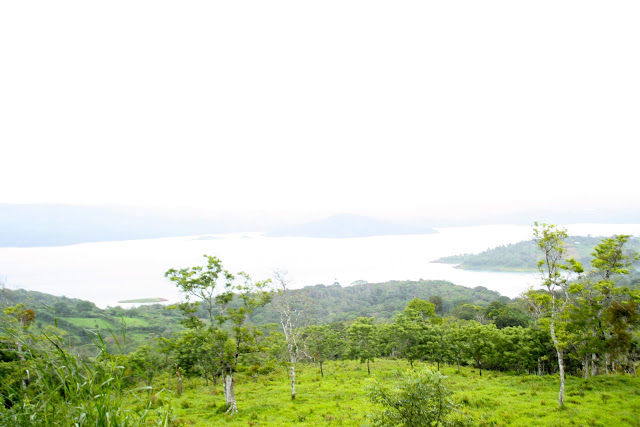 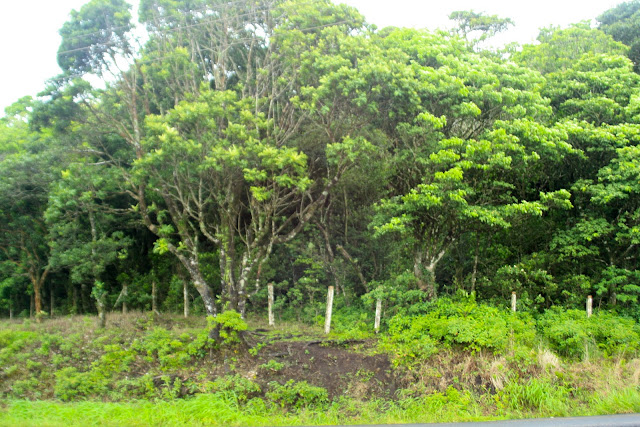 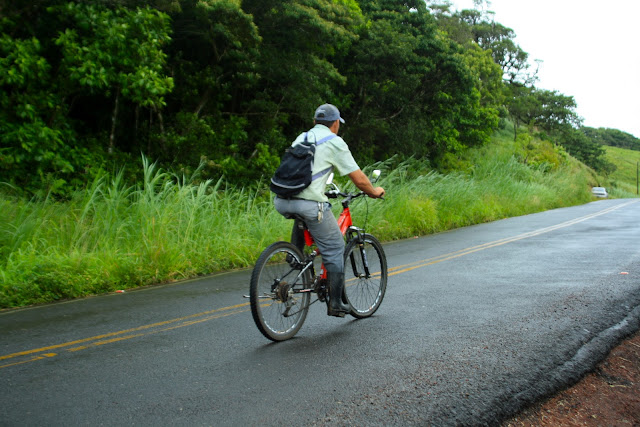 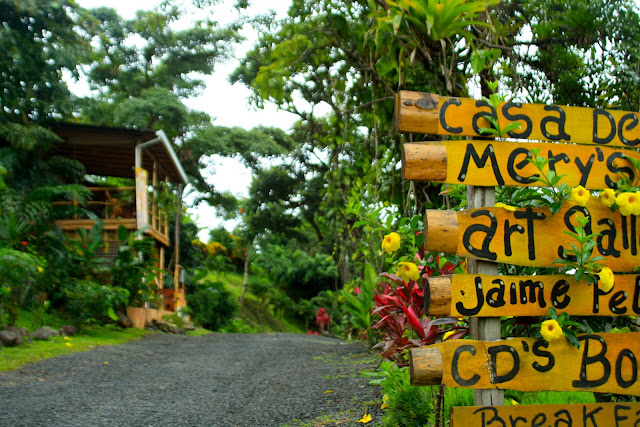 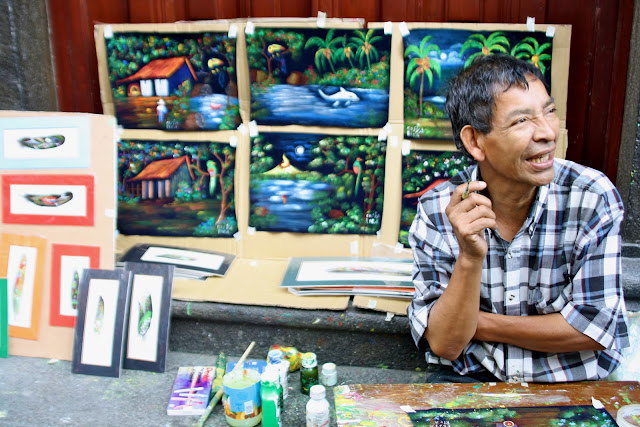 And we went home, and flushed our toilet paper.