I am really low on the totem pole. I started this job knowing I would say goodbye to holidays for a time. I don't think that makes it any less difficult once the time comes to be flying and staying in hotels when I'd rather be feasting with my family - but there is much to be thankful for every day and sometimes life just doesn't 'look' the way we think it should. With confidence, I can say there are still great memories to be had outside of the traditional Thanksgiving.

When the day began, there were some pockets of concern in my heart that my only special meal that day would be this:
I flew with two sweet women. One of which had me laughing for most of the trip. Her name was Tamara and she looked like Halle Berry and we had a blast. It really made each day much more enjoyable.

Everywhere we went (Portland, Salt Lake, Detroit,  and Indianapolis) were so turbulent. I previously possessed some sort of sick thrill from turbulence. I've always felt safe, and as long as people aren't ralphing from it, I find it kind of exciting. But when you have a three-hundred pound beverage cart that starts bouncing and swaying, or when you're finding it difficult to keep your balance - it's time to sit down.

In the midst of the moderate turbulence, a man decided to stand and get something out of the overhead bin - with his small son in the aisle. After a stern announcement to have everyone return to their seats (even though it was only directed at him), he scrambled to his seat AND LEFT HIS CHILD IN THE AISLE. Oh, people. You're seriously crazy.

I haven't been to Portland yet, and I've been wanting to go for a long time.

Fun fact: did you know that there is no sales tax there? True.

I hope to go back soon - most things were closed but I can tell I would really love to explore it.

When we arrived at our hotel, the concierge provided us with meal vouchers. It was around 2:30, and there was a large Thanksgiving buffet in one of the hotel restaurants that ended in a half hour. I have never changed my clothes so fast in my life.

Even though I was mean mugged by the hostess, I promised I would eat quickly. Tamara and I helped ourselves to some of the finest food I've ever gotten for free. Guys - you would have thought I was at Golden Corral or a pig trough with the amount of food I retrieved and how quickly I was eating it.

There were garlic mashed potatoes with black truffles. And about five tables of desserts. It was free. It was a really happy surprise. We got our feast after all.

Upon realizing that almost all things were closed, I didn't want to stay in my hotel room, and the fact that there was a movie theater right outside the hotel, I decided to do one of my favorite things:

DOUBLE FEATURE. You know, where you see two movies.

Most of the time it's good to balance the viewing choices with one drama and one comedy. The second was a mix of the two, so I think it counts. Plus, I am a NERD about Oscar season. I love being familiar with potential contenders.

When my sister and I saw the trailer for this, we were for some reason immediately uninterested. However, the more I kept reading reviews, the more intrigued I was. Seemed like a perfect film to view solo. And it was. Most of the script was improvised by the two main actors. Felicity Jones was so talented and endearing. It's quiet and sad, but I was surprised by how much I enjoyed it.

Also, for any of you Hunger Games fans, Jennifer Lawrence has a small role. If you haven't read The Hunger Games yet, do it. 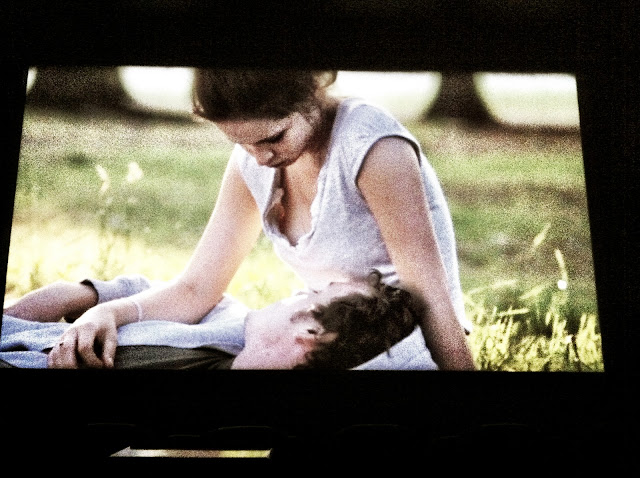 George Clooney. was. great. The roles he seems to gravitate toward are always fitting of his public persona (politician, playboy, lawyer, etc.), but it was refreshing to see him play a father. A worn out, disconnected man that recognizes the way he hasn't been a good leader of his family and goes about being a man that loves and cares for his daughters - even if he doesn't know how to do it. If that's not enough - it's set in Hawaii. And it will make you swoon.

There's a lot of language, but I was so struck by how jacked up everything was while not compromising seriousness or gravitating toward making it depressing. 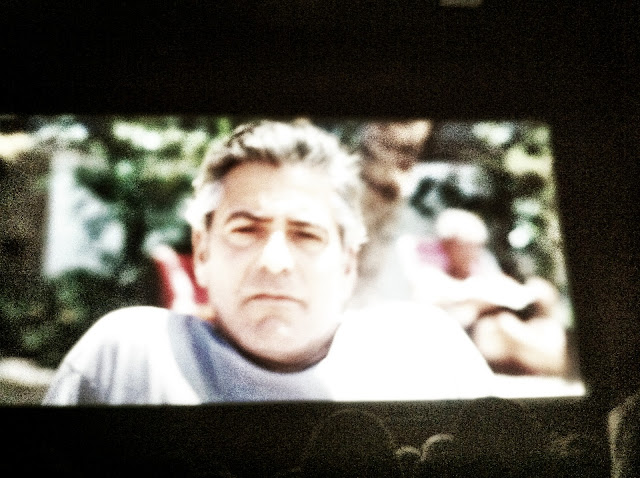 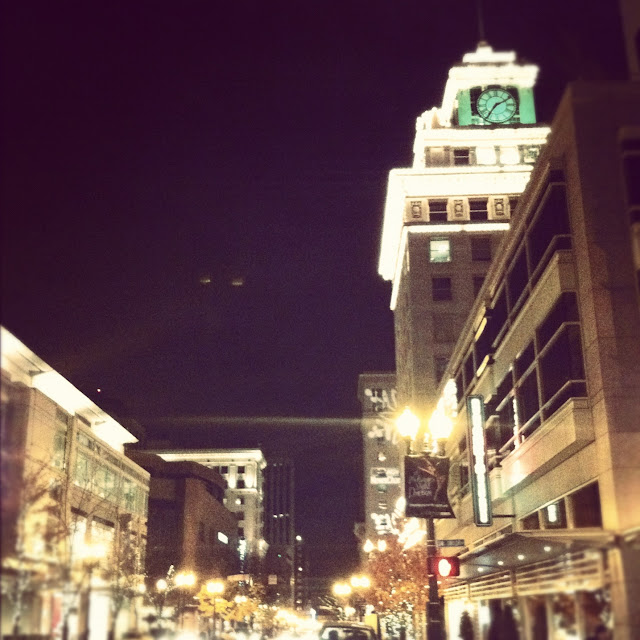 The next morning we woke up in time for the parade and official welcome of the Christmas season and ventured a few blocks over for some breakfast. 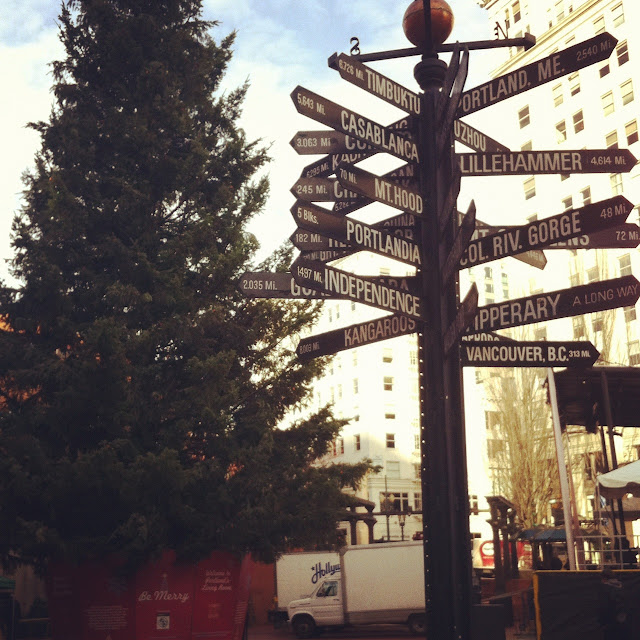 Breakfast at The Original. 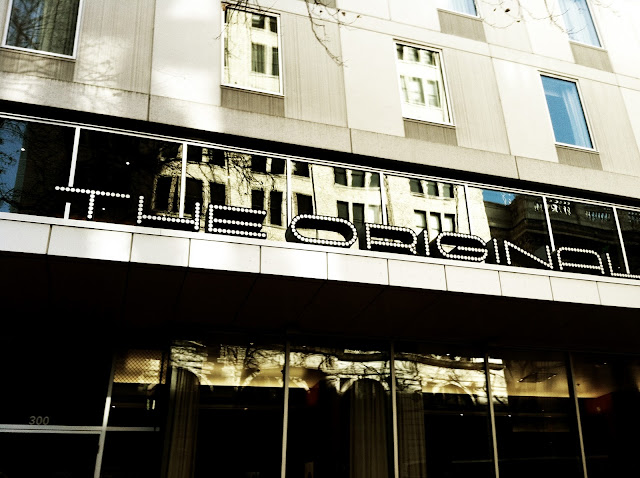 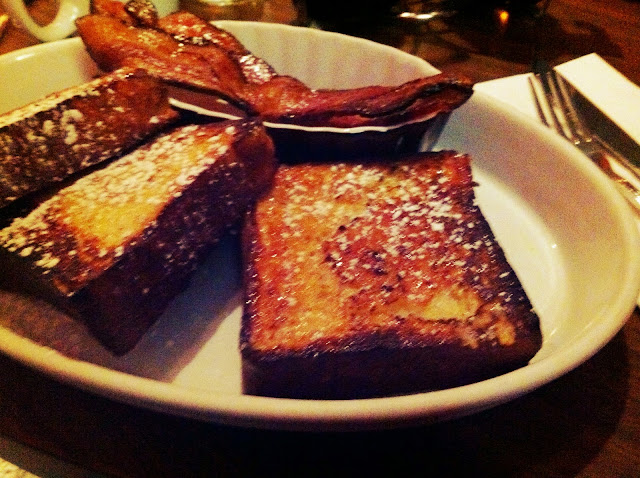 After Portland we ventured off into the windy highways in the sky and went on earning our dollars.

It was a Happy Thanksgiving, indeed. Even if it was a little different and unfamiliar.

Where do you go for the holidays? 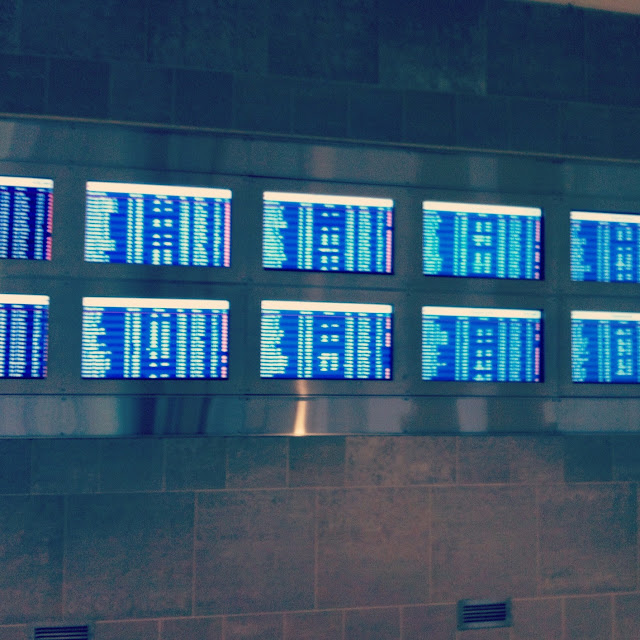