I couldn't choose just one. So please, ENJOY ALL THREE. (Especially Whitney).
For those of you that can't get enough of the Christmas tunes,  head over to my Spotify playlist and listen forever.

I have a strong affinity for personification.

I name most things. Yes, they are inanimate objects that have no souls. But it makes me feel like they are my friends. Maybe I watched The Brave Little Toaster too much as a child.

As mentioned previously, my phone is named Birdie Perkins.

And last, but not least - my most faithful travel companions: Janet (the rollaboard suitcase), and Darrell (the computer bag). As you can imagine, we go everywhere together. We look out for each other.

And I mean no offense to them, but when it's time to stop working, I find them to be cumbersome and annoying and I'm ready to ditch. What a great friend.

After arriving in New York after a long and tiring trip, I decided to drop Janet and Darrell off at the apartment and scurry into the city to experience the Christmas cheer. I had another trip the next day and it was going to be another early morning, so I had to move quickly.

Once I was dropped to the curb, I went to grab my keys and then had a particularly horrific vision of them sitting in the pocket of my purse. Back in Kentucky. Probably drinking Cokes and playing cards.

Upon realizing that I was locked out until probably after ten p.m. that evening, called my mom crying (why not?) and decided to wallow in despair.

Thankfully, mothers are gifted in setting their kids straight, and she reminded me that the world would continue on and I should just make the best of it. Even if that meant taking Janet and Darrell with me.

So that's what we did. We got on the bus and went into Manhattan.

If you're interested in finding a way to disgruntle native New Yorkers, just drag around a lot of luggage in midtown around rush hour and knock into people with it. Feign ignorance and continue smiling and walking.

A special thanks goes out to Chipotle. Not only were they a warm place for me to rest my weary bones - but they had a large bathroom for me to change out of my uniform and run my frozen paws under warm water. (When I relayed that snippet to Nancy that night, she told me I sounded like a hobo).

Birdie Perkins then began to die, and Chipotle had no outlets for my use. Seeing that I was about to cry knowing I couldn't take pictures of the Christmas decorations, the cashier at Chipotle offered to take my phone and charge it in the kitchen for me. (Birdie later expressed the excitement of watching the burrito making from behind the scenes).

After dinner and some battery refreshment, I was off to see the city. 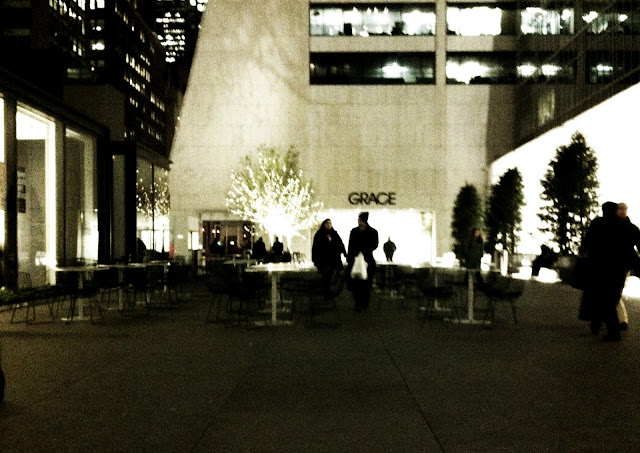 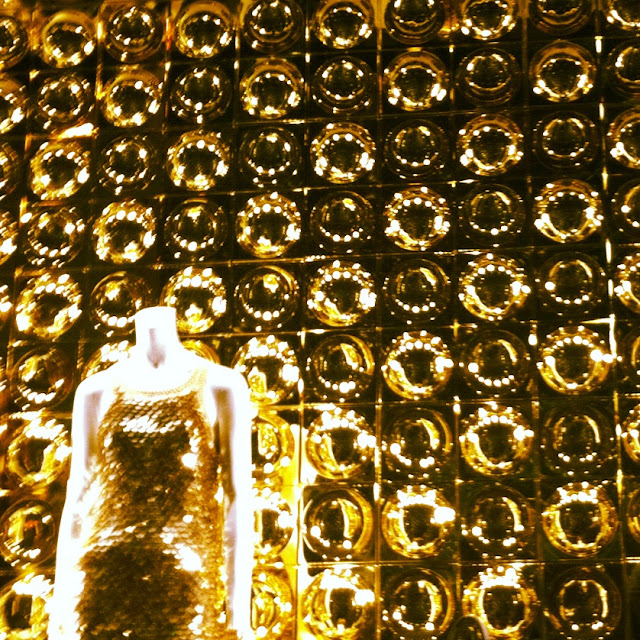 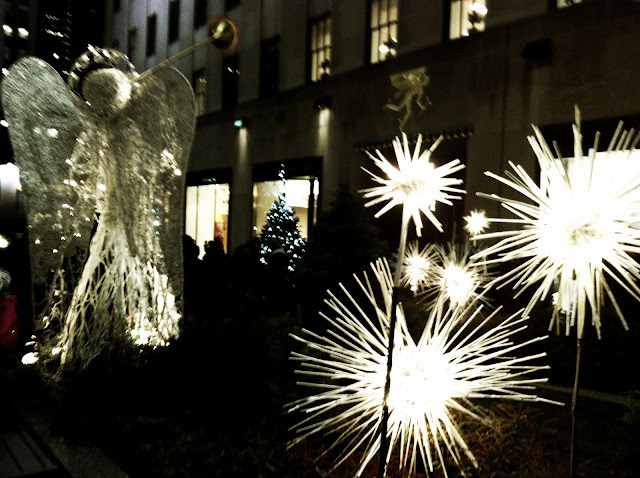 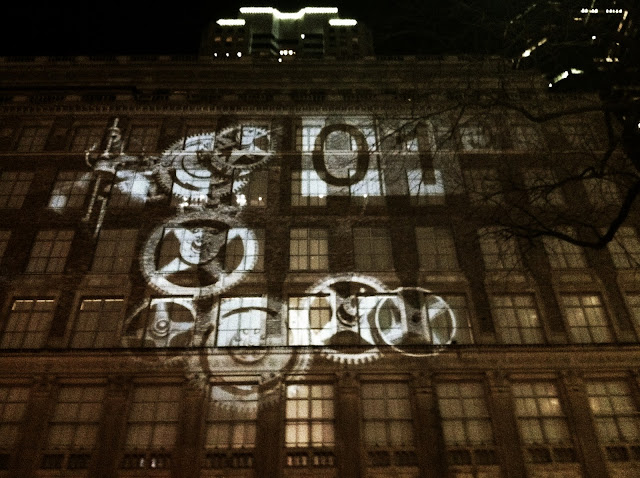 This. Is Saks. I didn't know that at the time, but I happened to walk up as this countdown was about to finish. There were hundreds of us that stopped, staring in awe. Murmurs of, "What is this? What's going to happen?" The building may have been about to explode and we were so excited about it.

When the countdown was over, a loud clock started chiming and CHRISTMAS MAGIC BEGAN. OH MY GOSH IT WAS AMAZING.

I video taped it for you, even though it had already started and my excitement kept me from holding Birdie still for too long. But you get the idea. 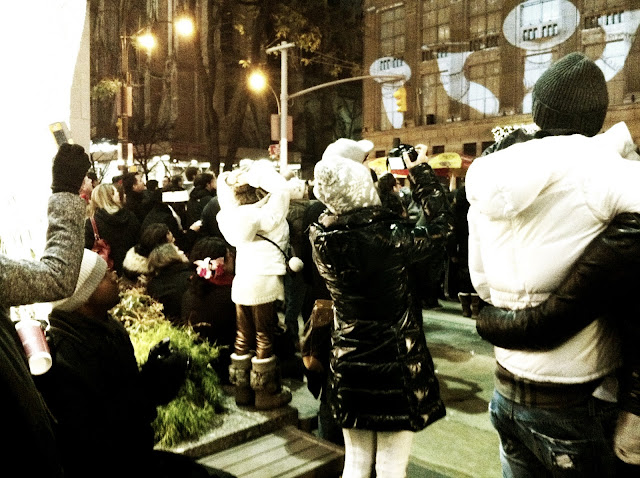 After the Saks magic commenced, I turned around and saw it.

In person, for the first time. 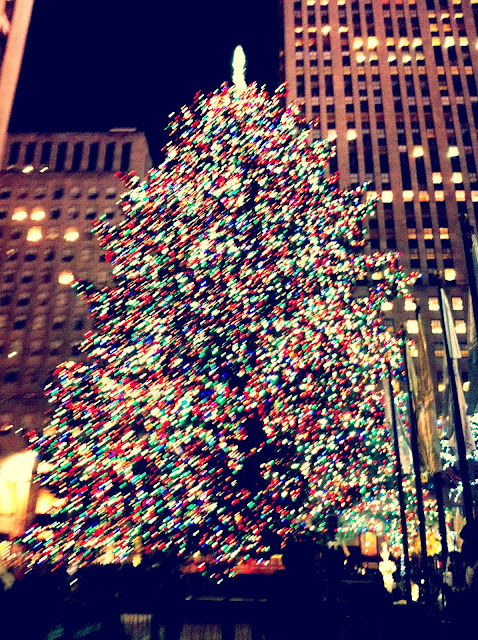 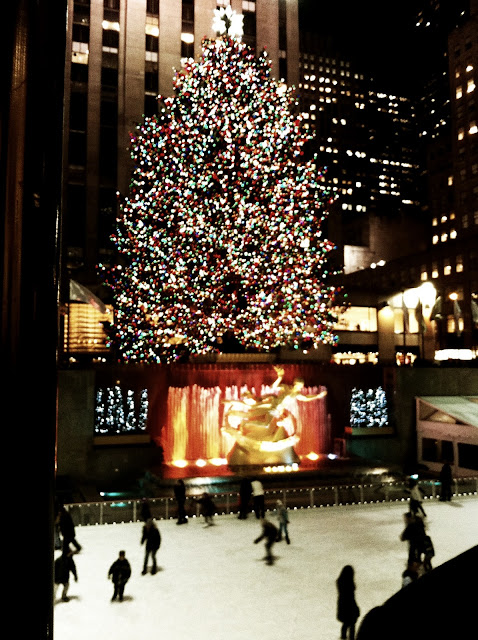 And the ice skating rink!

Fun fact: the line that people wait in to skate there is like a mile long, and it's expensive. Admire the Rockefeller rink, but head over to the rink at Bryant Park. It's hardly crowded at all, and just as fun. 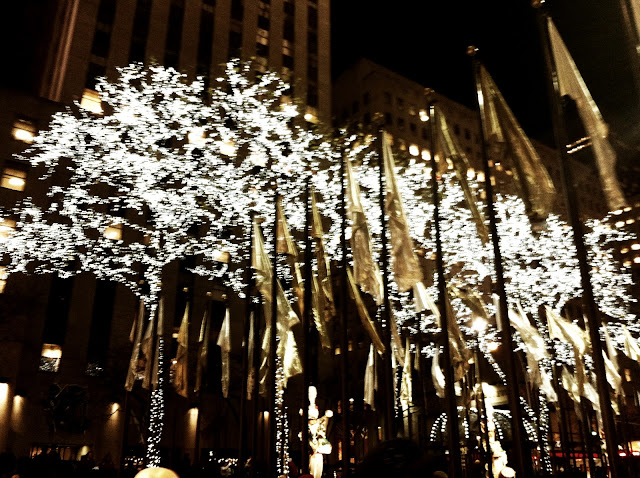 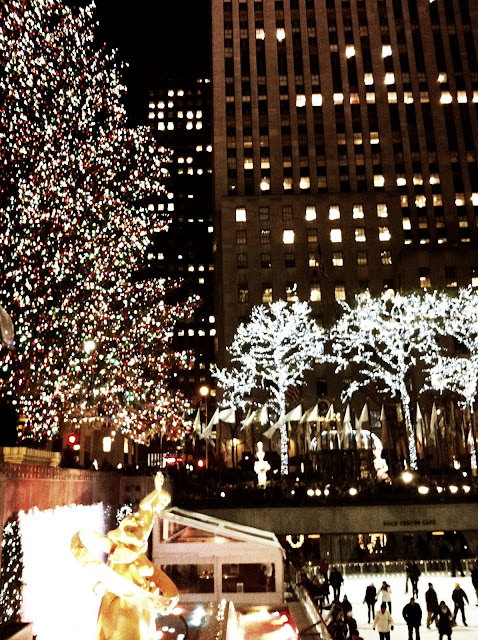 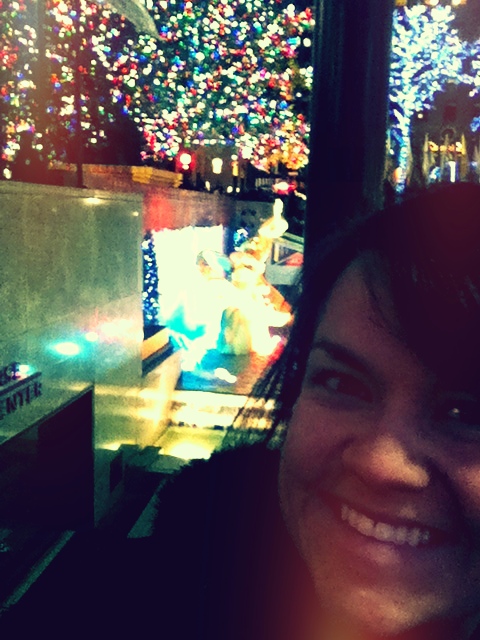 I sent this to my mom as proof that I was making the most of it. My lips were blue in the original photo. (Not pictured: Janet and Darrell - but they're there). 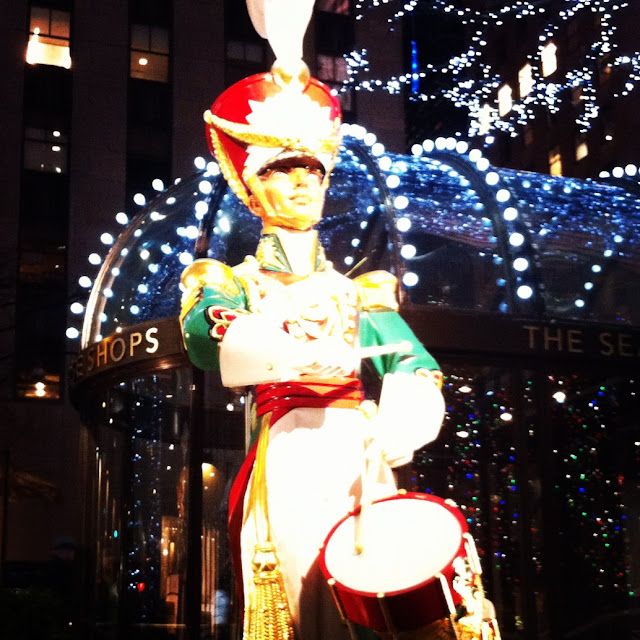 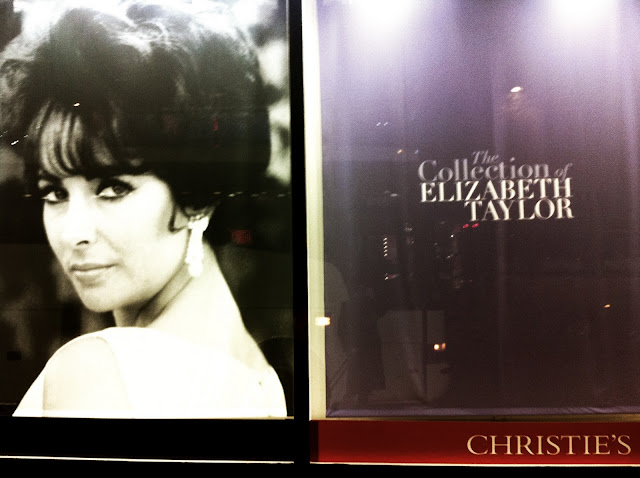 I don't know how I've walked by it so many times and never noticed - but, it's Christie's! The Christie's of auction dreams. That night was one of the first of the Elizabeth Taylor Collection. Her jewels, her clothes. The window displays were beautiful. 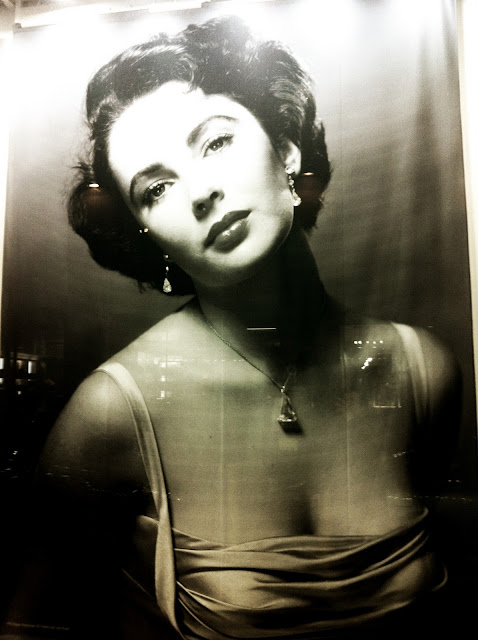