Let it be known: I don't ask for pictures, because I'm working, and they're just trying to enjoy a quiet flight. I try to be respectful of that. But yes, depending on who it is, I am pretty excited on the inside. Also, though I've yet to have any negative encounter with any celebrity, even if I did - don't expect to be hearing from me about it. That's mean, and I ain't no gossip monger! 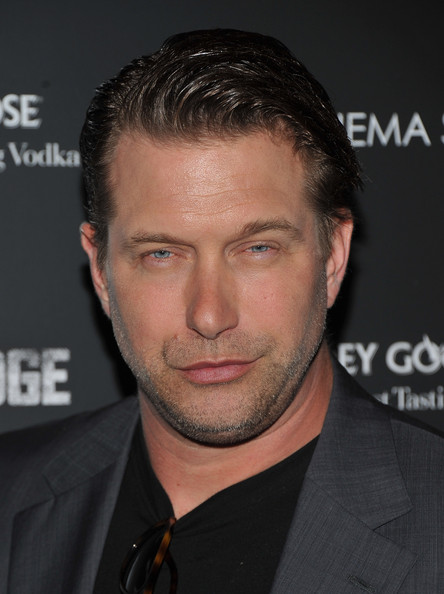 Stephen Baldwin
On my first flight of a three day trip. Such a nice guy. Very genuine and approachable - came to talk with us for a bit in the galley before sitting down to read his Bible. For real. 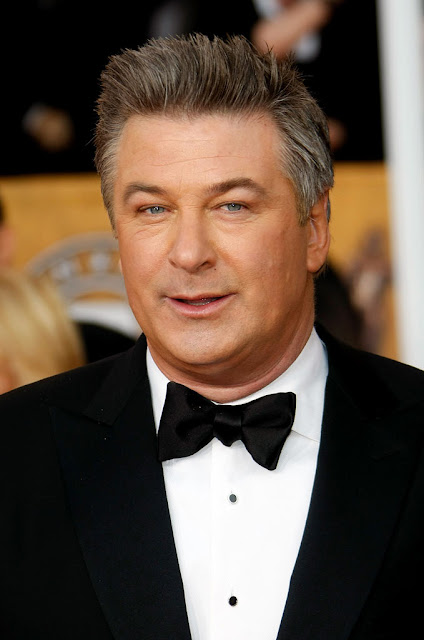 ALEC BALDWIN
OH MY GOSH AS IN JACK DONAGHY FROM 30 ROCK. Among a million other things, obviously. But I am a huge 30 Rock fan. On the last day of my trip (the one where I started off with his brother Stephen), our plane that we were flying back on to New York was delayed because of the snow. We had to wait for the passengers to deplane before we could board. Lo and behold, one of the first passengers off was Alec Baldwin. I actually thought, "JACK DONAGHY, WHAT ARE YOU DOING HERE." He walked right up to me. We made awkward eye contact for several moments where we both acknowledged without words that I knew who he was and that I was, in fact, screaming inside. He stood next to me and asked me where his connecting gate was. And I stammered something about "OVER THERE ON THE SCREENS." Something like that. Potentially incoherent and somewhat helpful. Two Baldwins in one trip? Very strange. 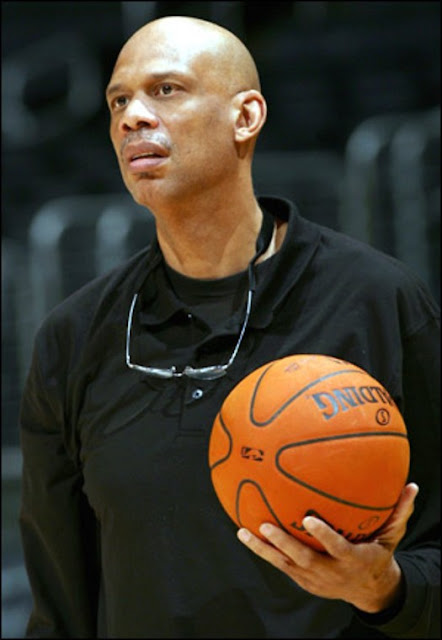 Kareem Abdul-Jabbar
And this. Is where I really dropped the ball (HA! PUN). Listen, guys. I am the only person I know of that liked watching the Oscars at five years of age. My father raised me on showtunes. I know actors and actresses - stage or film. Athletes ... however... whatever. I watched a lot of Space Jam when I was little and begged my mom for Charles Barkley high tops for Christmas one year. But sports are not my forte. I know he's been in movies, too. I will just confess. I DID NOT KNOW WHO HE WAS. When he came on, I knew he had to have been a famous basketball player since he was flying first class and he was eight feet tall. But I actually texted Bryan and said, "Do you know who Kareem Abdul-Jabbar is?" Yes, he did know. Because everyone knows who he is. Except me. Oops.