The morning after my jam-packed New York adventure, I had an early sign in at the airport before I headed up to Minneapolis for a long(ish) layover.

I've stayed there before, but never long enough to explore or spend time with one of my sweet friends, Kim.

The beginning of our friendship is really special. We were next door neighbors in the dorms our freshman year at UK.

For the duration of our first semester, we exchanged polite salutations in crossing paths from our nightly ablutions - but for the most part, we didn't really know each other. I knew she was a Christian, and she probably just knew me to be the girl next door that occasionally got drunk and became convinced all the bones in her hand were broken (yep, classy and true).

As God continued to change my heart, I found myself wandering into Kim's room to ask her questions. We developed a friendship and Kim invited me to CSF at the end of our first semester. She took me to 608 for the first time. I remember crying a lot. Good tears. I heard the gospel for the first time, and understood it.

She was patient with me when I spent excessive amounts of time in my towel and playing Bejeweled when we were supposed to leave for church. We ran together in the arboretum (one of my favorite places in Kentucky). We've laughed, cried, argued, and forgiven.

Her friendship is priceless to me.

So please, imagine how much joy I had to be able to visit her in good old Minneapolis (thankfully, before white death takes over the land).

I experienced The Mall of America for the first time in my life. And it's as big as you think. But not nearly as overwhelming as I anticipated. 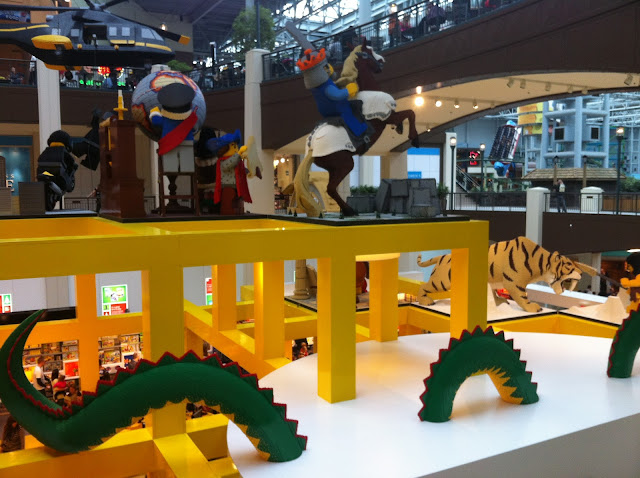 I didn't even play with Legos as a kid, but I took the most pictures of that store, mostly because LOOK AT IT.

Look at those people, at an entire wall of Legos! 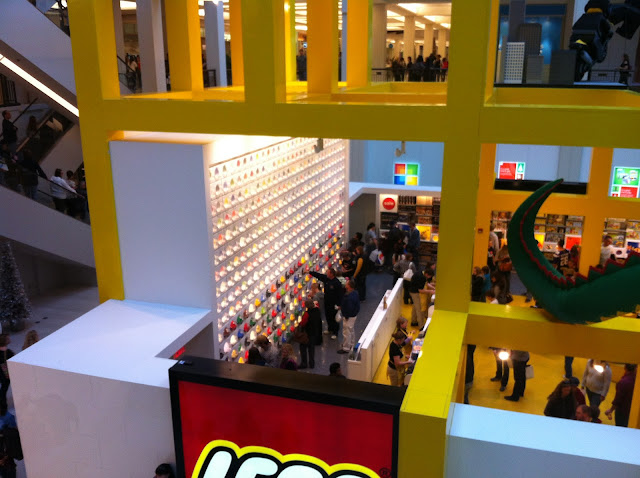 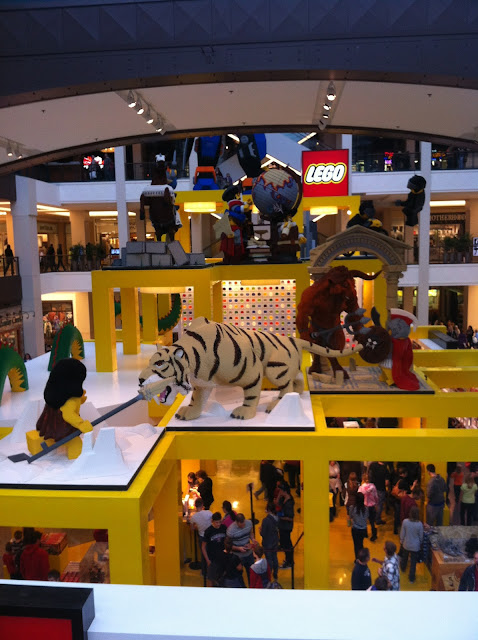 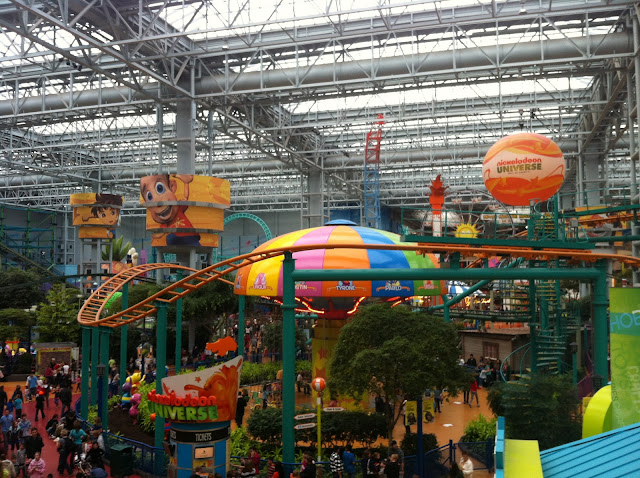 An amusement park? As well as a wedding chapel, and an aquarium. Why go anywhere else when you can just go to the mall. 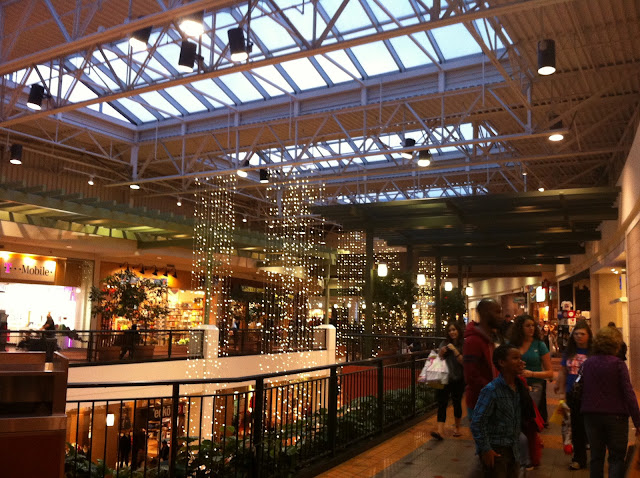 Call me a crazy fool, but malls are pretty when they're dressed up for Christmas.

This was supposed to be a picture of us with one of the giant Christmas trees, but our heads are definitely blocking it. 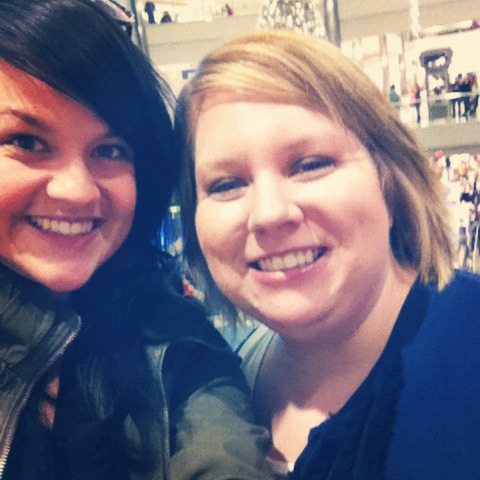 Stopping in the American Girl store. Let's talk about this for a second. Did anyone else get really excited when they received their American Girl catalog in the mail? (And completely disregard the baby doll section at the back?) Did anyone else know that ALL  of the original dolls are retired...EXCEPT FOR MOLLY? 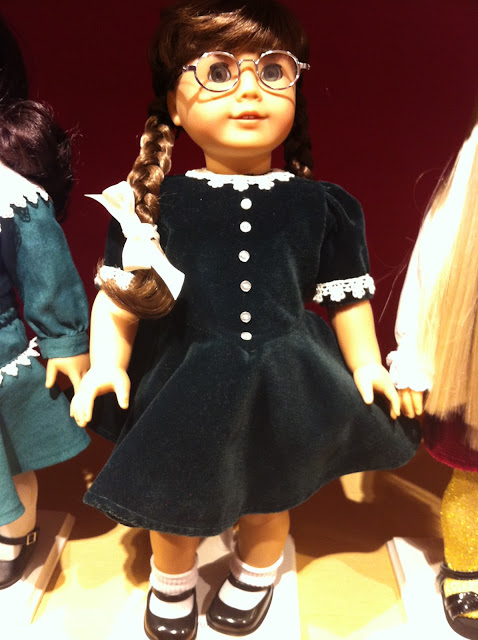 There's nothing wrong with Molly. But come on. She's not Samantha Parkington. Or Felicity. Or Kirsten. And the dolls they have now are a waste of everyone's time. I was upset. I'm still upset. PSSSHHHH. MOLLY. (I know of one person that loved Molly. And that's Jessica. Because she was Molly's identical twin as a child).

In retrospect, I remember how vividly I believed with my entire soul that I was Samantha. And how funny it is that I so naturally felt connected to the American Girl doll that pretty much endured no hardship (the other girls braved wars, epidemics, poverty, etc). Samantha wore pretty clothes and befriended one of the servants' daughters. I obviously had high aspirations and was a great judge of character as a five-year-old. But whatever. Did you see Samantha's fur muff and cape?

We went into LUSH in hopes of retrieving a bath bomb. Have you tried one? Are you a bath person? BUY ONE. It's such a treat for the water, your skin, and your senses. I tried this one most recently and it was delightful.

The girl that helped us had gauges in her ears the size of her fist (which I vocally marveled at, and she was very gracious about). She was trying to sell a gift box of bath bombs to us and held up one covered in gold glitter, stating that,

Seeing that she started to pull me in with the glitter, she finished the punch with:

"If Better Midler had a beer, it would look like this."

We left with some goods, and went on to try expensive and ridiculous hats in Bloomingdale's. 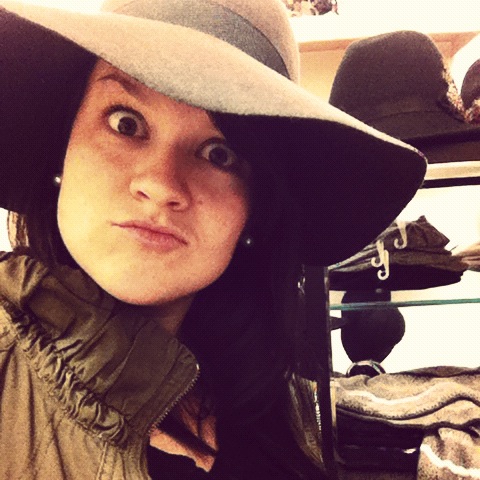 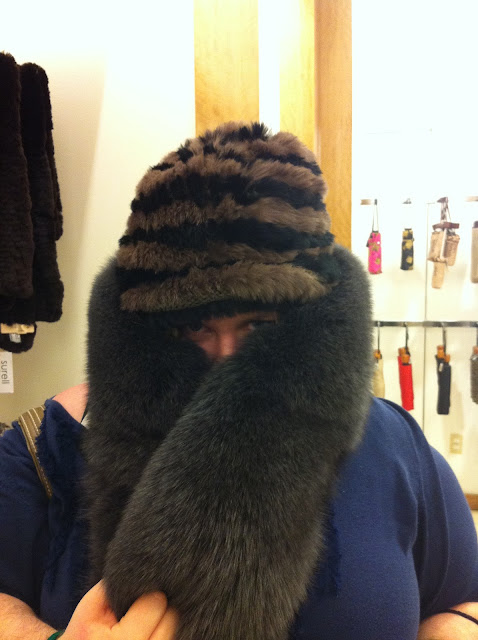 "You just don't understand how cold it gets here in the winter. I need this." - Kim 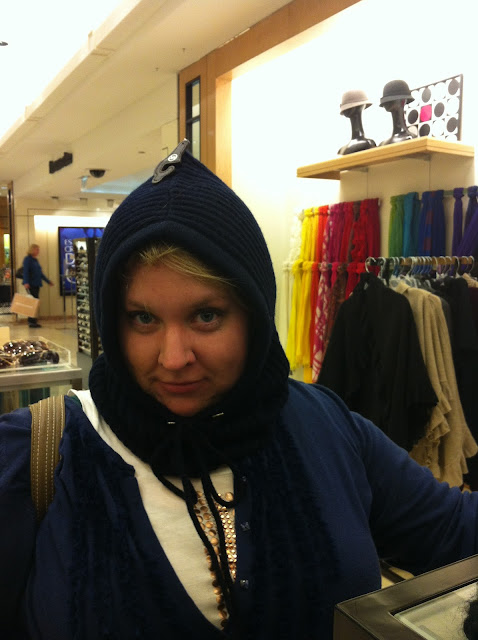 We decided this was a garden gnome hat - and then she made this face: 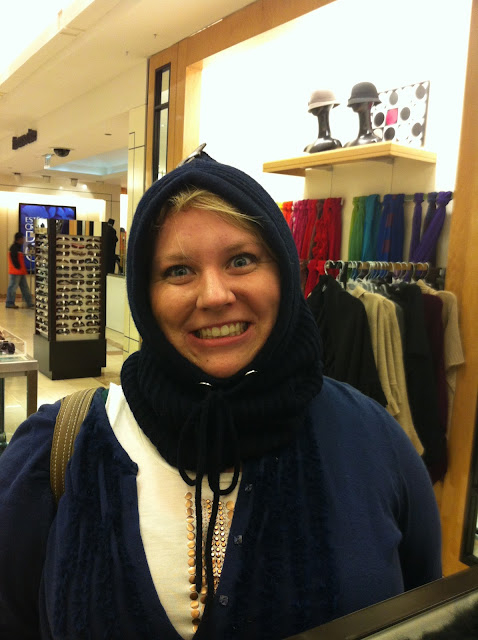 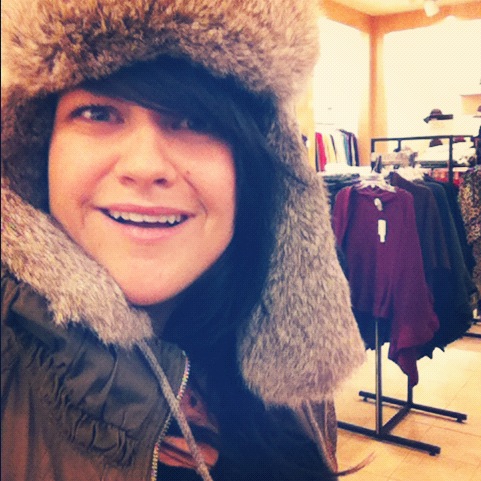 After the mall, (well - before and after) we visited with Kim's parents. They fed us an outrageously delicious dinner and it was such a huge blessing to spend the evening with friends and a home cooked meal.

I also got to meet their parakeets, Nelson and Mary Anne. They like dancing.

Before dropping me off at my hotel to pass out, we stopped in front of a random person's house to get pictures with their Christmas tree in the front yard.

This is another occasion in which Birdie Perkins dropped the ball with the whole iPhone camera thing. 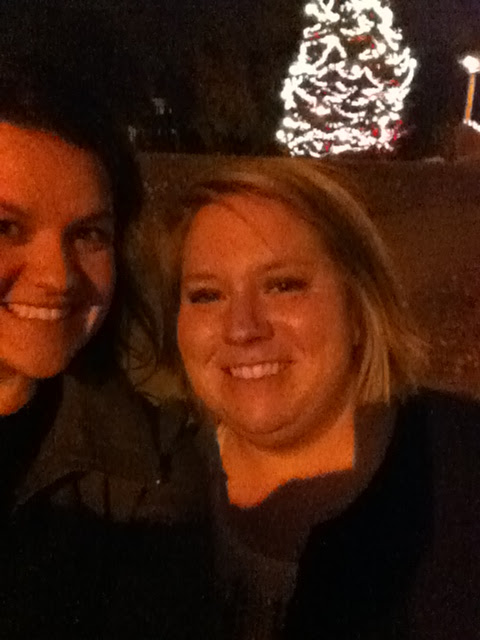 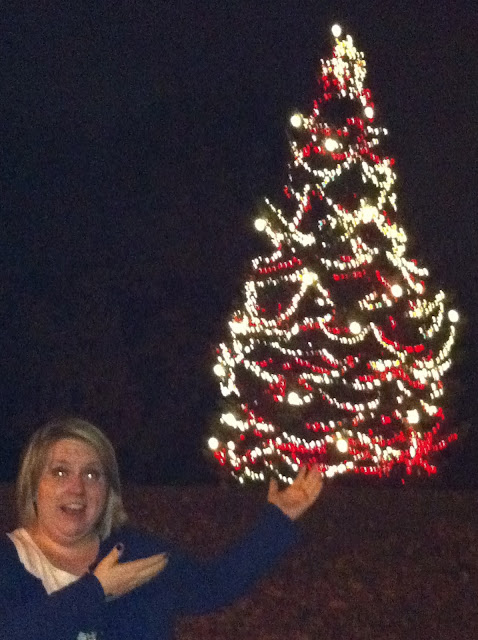 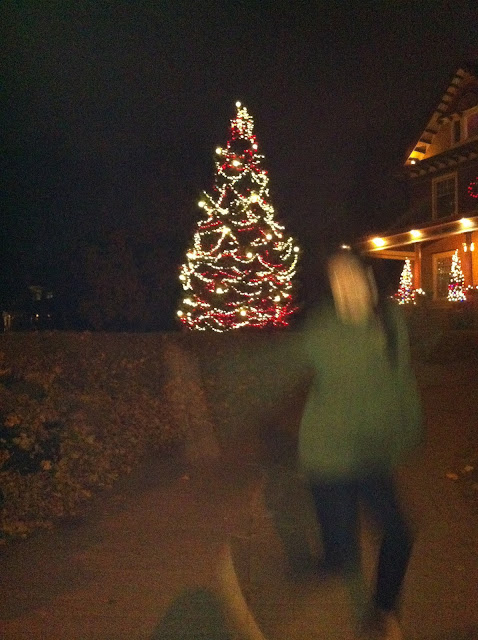 If you were wondering if it's possible to get an action shot of anyone jumping in the dark on your iPhone, it's not. Glad we cleared that up.