A Day for the Veterans


It's been a big year for my family.

In just five months, my stepdad built a monument. He was on the cover of The Washington Times, and in The New York Times. What? Real life? Very exciting.

For a whirlwind weekend - our family and friends traveled up to New York to see the sculpture featured in the Veterans Day Parade, and attend a reception later that same evening.

What seemed most exciting for me was being in New York with people I love. There's really nothing like witnessing the Big Apple through the eyes of someone that's never seen it before.

Like walking down 42nd Street and standing in the middle of Times Square for the first time.

Or hailing a cab without looking like a crazed tourist.

Once we made it to New York, our group came together and we continued on our planes, trains and automobiles adventure to get into Manhattan.

We took the train into Penn Station, and then walked (A LOT OF BLOCKS) to our hotel. Walking a lot of blocks never bothers me. However, trying to keep a group of about ten people together while navigating through Times Square at about 6pm on a Thursday with a lot of luggage was more challenging than I anticipated. But now it's just funny. Plus, Bryan is really nice and pulled my bags a long time for me before I wigged out.

I have never seen so many pizzas consumed in such a short amount of time. On our last visit, Bryan and I ate at John's but I don't remember it being so delicious because my tongue was numb for a few days (what does that even mean?)

Friday morning, my sister and I woke up to a text from my mom, with this picture: 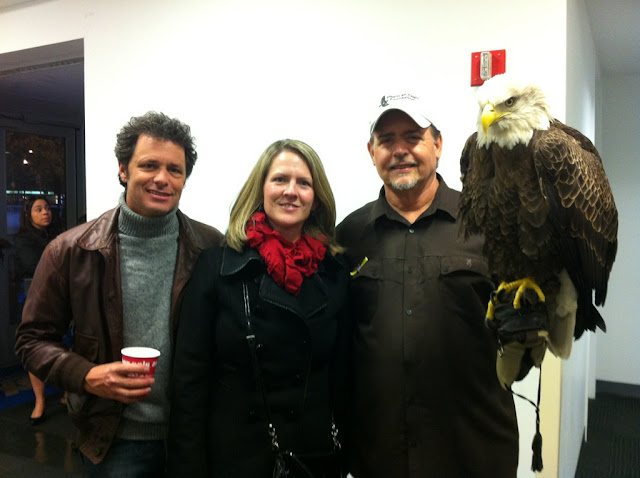 Just, you know. My parents hanging out with a bald eagle at Fox News. (Also, I look like that bald eagle when I wake up in the morning).

We all planned to meet in front of the library (the one I want to live in) right before the parade.

Directly across the street from where we would sit for the parade was a restaurant called The Shop, at the Andaz hotel.

Have you ever eaten at a place that feels well above and beyond your socio-economic status, so you feel the need to take photos to document it (thus negating any attempt to try and blend in)? Well, we did. And I might talk about that breakfast forever.

Among us we had basil and parmesan scrambled eggs, virginia ham, and griddle bread. A lemon poppyseed pancake with fresh oranges and orange syrup, and brioche french toast with cinnamon and apple raisin compote. With the freshest coffee in a mug without a handle (even though it was kind of burning me I still loved it). 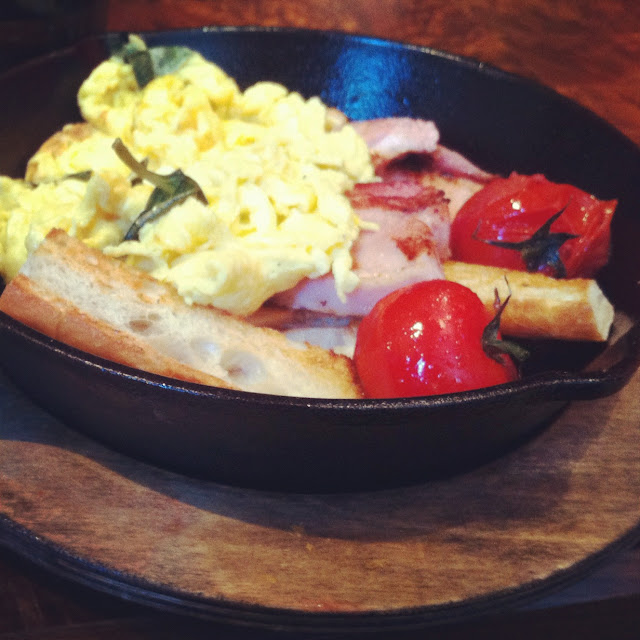 ON TO THE PARADE! 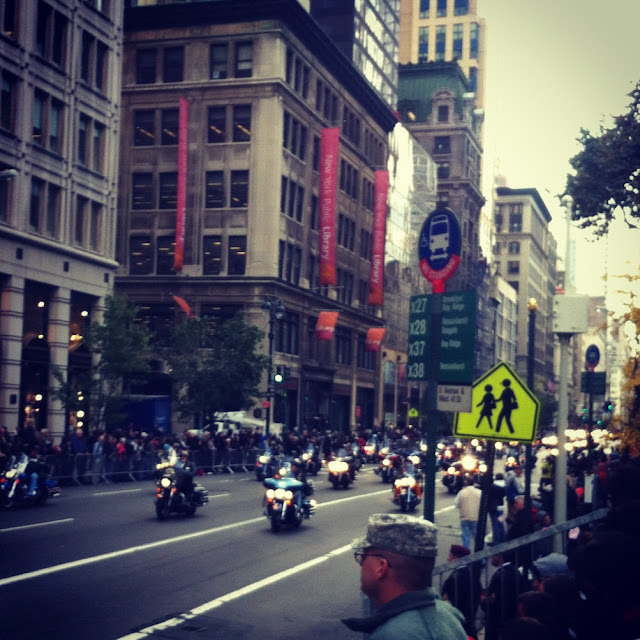 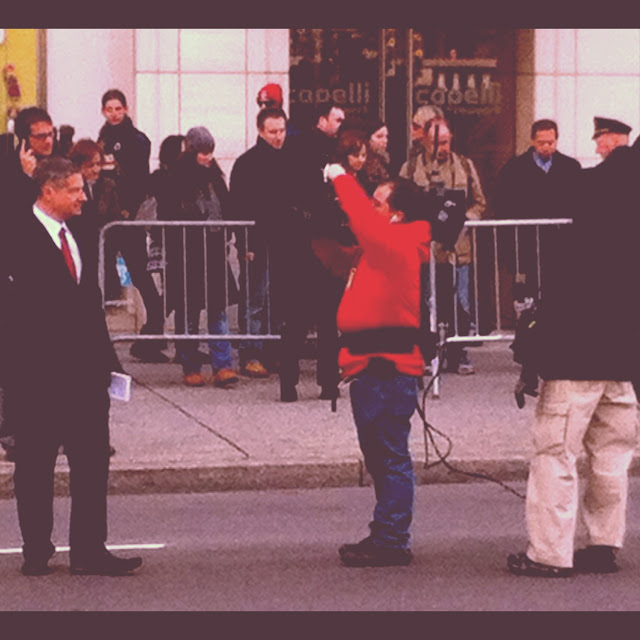 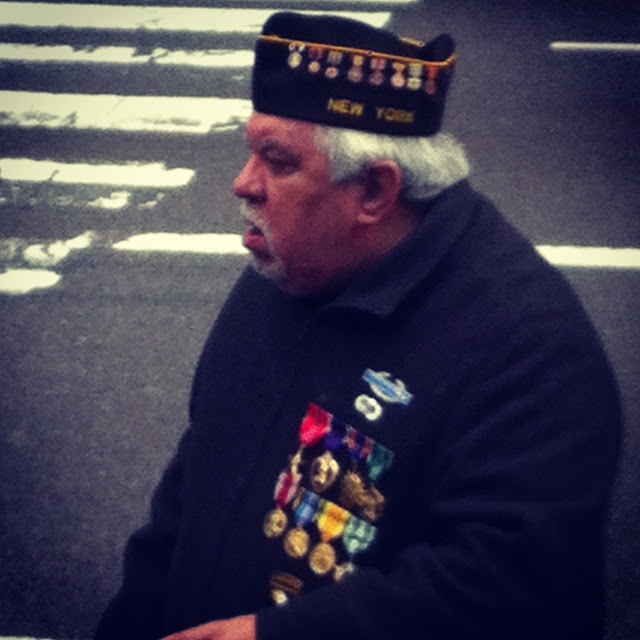 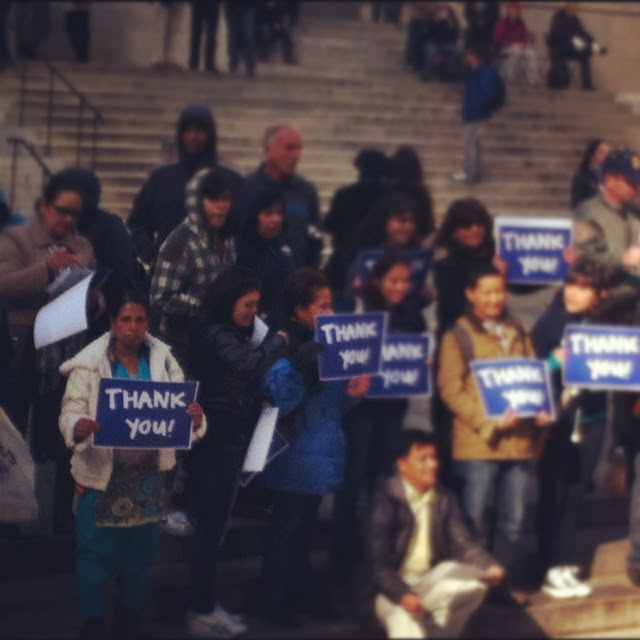 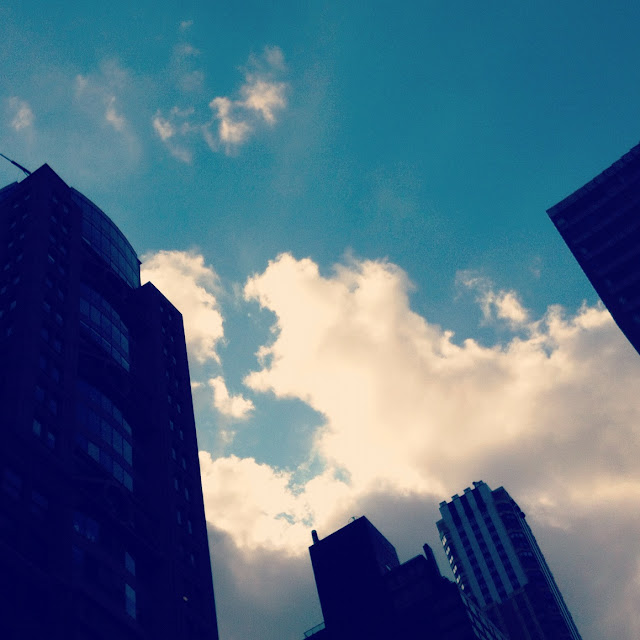