It's been a long time - we shouldn't a left you, left you. Without a dope beat to step to, step to.

I'd like to jump back in with a good old-fashioned recap - in several volumes.

A recap that we all know will probably include a great deal of food. And animals. And, unfortunately, food derived from animals.

Remember when I saw all of those people?

On one particular night, my friend Rachel and I were both in New York at the same time. She also lives out of a suitcase, and spends a great deal of time all over the country - in a tour bus. With one Sara Bareilles. Sound fun and neat? Yes.

I got distracted listening to music on the subway and missed my stop, so I had to walk a bit more - but was able to stop and grab some coffee for Rachel and I before the show.

I yelped my options and realized the closest coffee shop was a block over, and it had a fancy name.

Is absolutely everything you would picture about a swanky, expensive coffee shop in the Upper East Side. And the baristas looked at me like I had parasites when I requested an iced latte with a flavor in it.

But, don't you want to go there around Christmas when you see this picture? 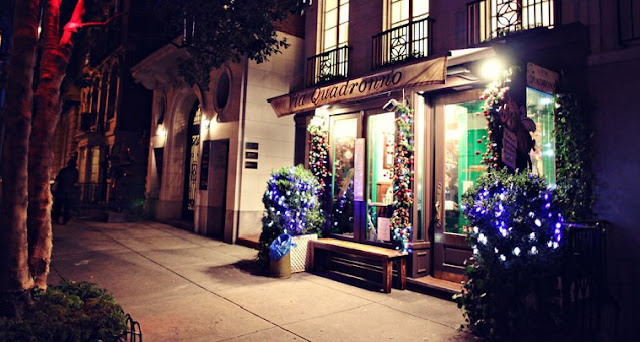 
It was a really beautiful and perfect evening in Central Park to see any concert, but to see Sara is a real treat. Because she's extremely talented, engaging, and kind. (This was also the night that Zach Braff was just hanging out in my vicinity. And I didn't do an awesome job of being normal). 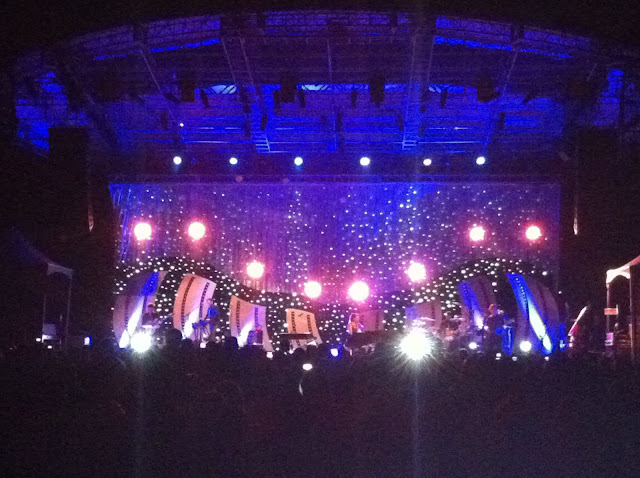 The next day, we met up in SoHo and weaved in and out of stores (including a new favorite - MUJI. It's like a tiny Japanese IKEA that is super affordable. Does anyone else completely drool in excitement over office supplies like I do? Their notebooks are amazing. I might even like them better than Moleskines. And they have nice pens. I will seriously bring you some MUJI notebooks if you ask me).

OF COURSE - what kind of people would we be if we didn't stop for delicious food in New York? Hungry People, that's what kind. 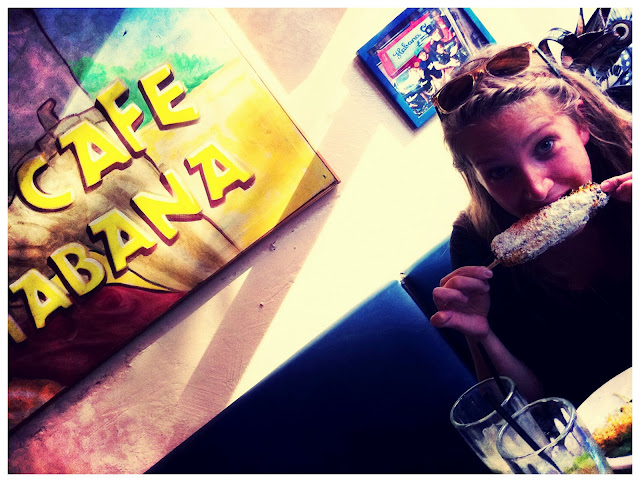 and it was the best choice. See that corn on the cob Rachel is enjoying? 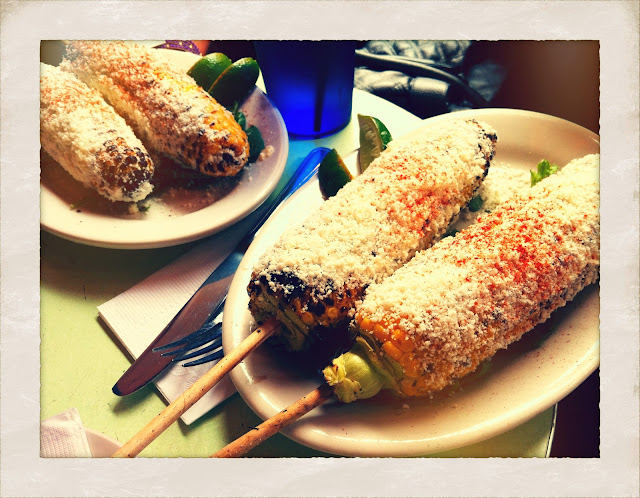 When I was little, I ate an excessive amount of it and ralphed everywhere at a cookout. I think that might be why.

But this corn changes everything. Because it is covered in a magic cheese and spices.

Go to SoHo and eat that corn.

And while you're at it, enjoy the rest of the delicious Cuban menu and spend time with your friends in that perfect hole-in-the-wall.