If I were pursuing a career in anthropology, it would be my greatest joy to conduct a thorough case study on the typical Las Vegas passenger.

The party begins the moment they put on their Ed Hardy shirts and inappropriate maxi dresses and aviators that are so tinted they lead me to believe there might already be alcohol within their system.

On this particular trip, I was determined to have a better experience than last time when I was exhausted and highly impressionable.

Flying across the country, I lost track of how many times a variation of the following conversation occurred:

[Flight Attendant call button has been pressed. The summoning begins] 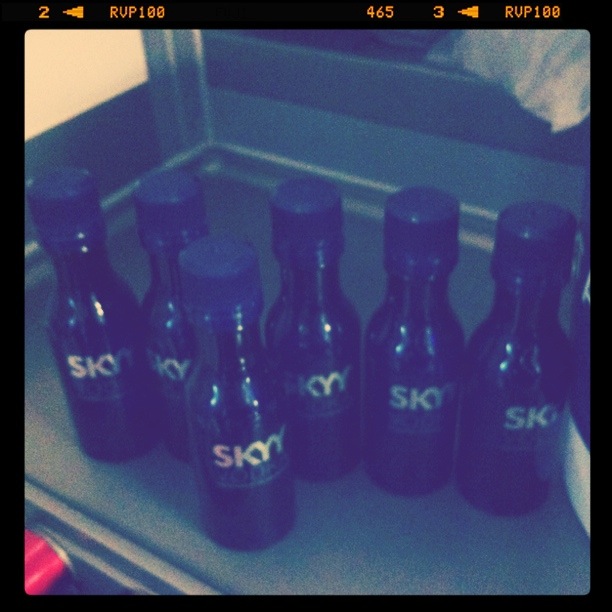 Did you know that consuming booze at a high altitude is twice as strong? Maybe some people don't know. Or maybe some people think it's awesome? I just kept smiling and resumed my bar tending duties.

One of my favorite things about the Vegas trip is that we are picked up plane side. There's just something about stepping off the jetway into the sunshine and walking down those steps that puts a little bounce in my step. Not to mention, when we return the next day, that means we skip security. As much as I love and respect the employees of the TSA, it's kind of nice to leave my shoes on every once in a while. 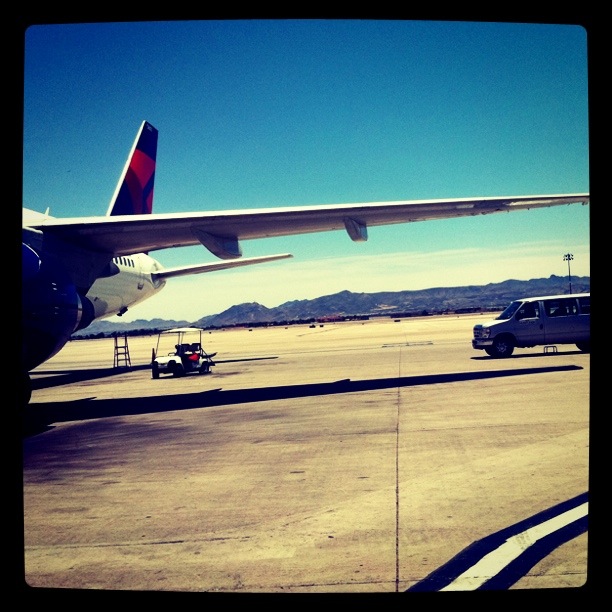 After arriving at the hotel, I did a victory leap onto my giant fluffy bed and decided to quickly leave the hotel to explore by myself this time. I had a few errands to run and wanted to catch a little bit of the fountain show at the Bellagio.

There are dozens of people passing out glossy business cards (gross, make your heart hurt 'business cards') and the sidewalks are constantly polluted by them. It is a fear of mine that in true banana peel and lack of gracefulness form I will slip on one and go down. It happened to a girl in front of me this time. She was with her friends and they didn't laugh. I thought that was nice, because I don't know that I could have been that strong.

I even thought, "I wonder what Celine is doing tonight..." 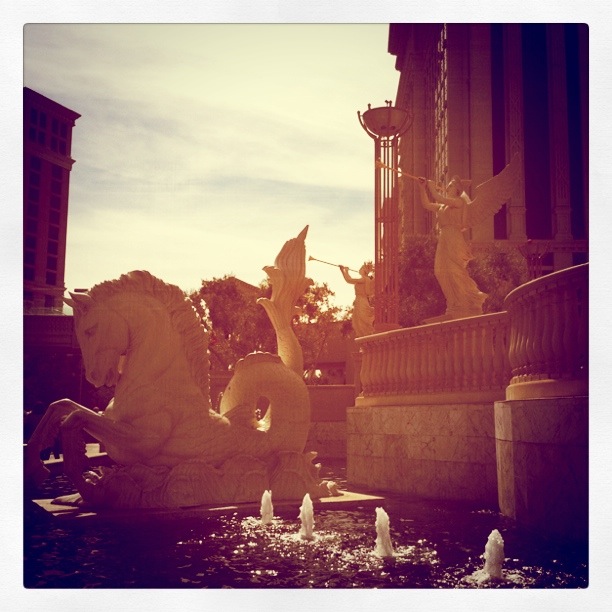 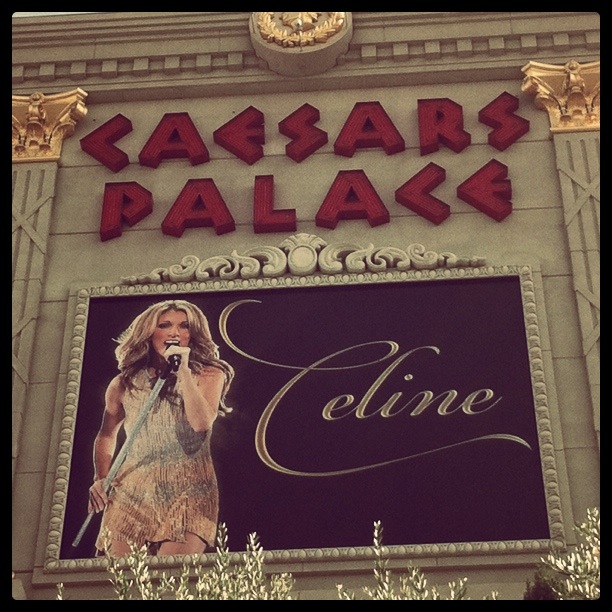 I tried on a cute dress at Urban Outfitters and couldn't bring myself to buy it: 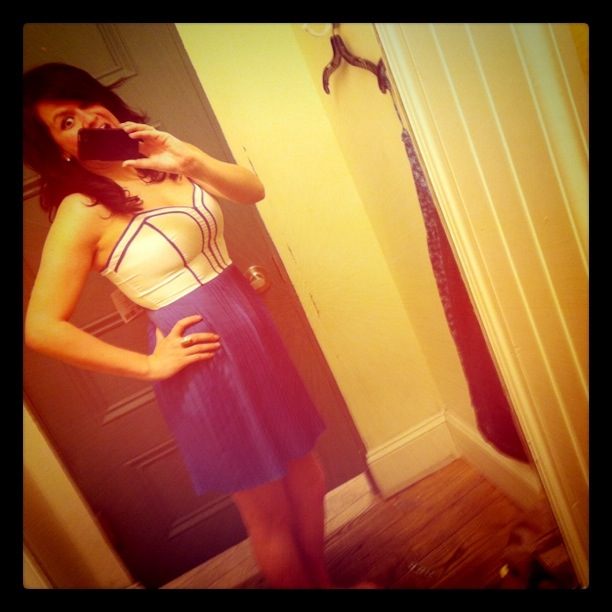 I walked in and out of fancy malls, stopping to buy playing cards for my souvenir-collecting family and a really tacky Vegas mug for a cute boy.

As the day kept blazing, I decided it was time to head back to the hotel and save my incredibly white skin from the unforgiving desert sun.

And then it happened.

Something that would redeem every bad Vegas experience or notion I'd had in my life prior to that moment.

With my face glued to my phone's GPS trying to find my way back, I noticed a top hat full of dollars on a grassy knoll next to a girl with an outrageous fro and a man that looked a little rough around the edges. He was holding something very tiny on a soft looking frisbee.

A drunk man beat me to the punch with excited and expletive-driven inquiries about what the man was holding. Before the man could answer, drunk dude snatched the tiny animal and begged for pictures.

It turns out, it was a very tiny monkey named Gremlin. If the obnoxious drunk man could hold Gremlin, surely I could if I politely dropped a dollar in the top hat and proved how sober I was by speaking at a normal decibel level.

So I gave him my phone (which I was later scolded by my mother and friends about), and then I held Gremlin. He also bit my finger (it did not break the skin, and I was also scolded for that as well), BUT LOOK AT HOW SMALL THAT MONKEY IS.

You would have done the same thing. 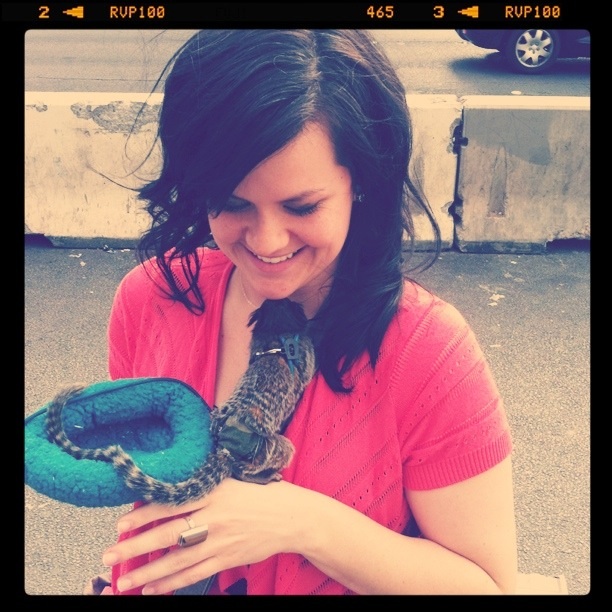 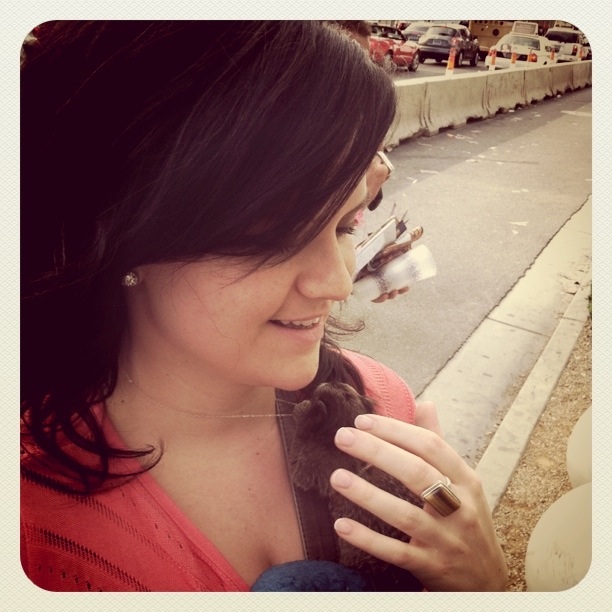 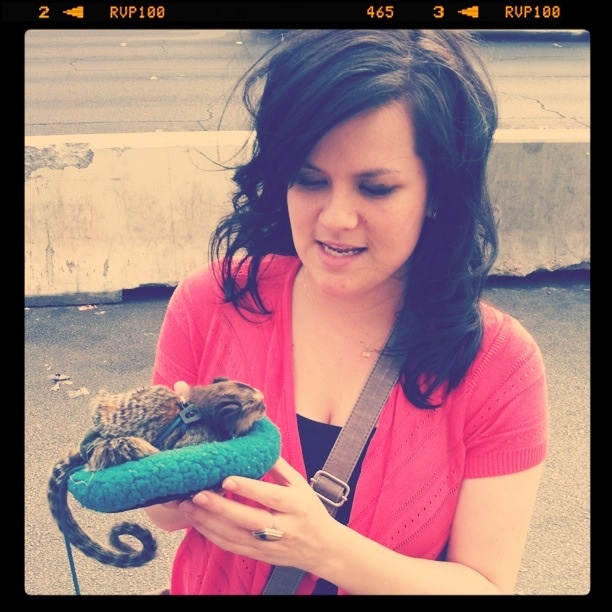 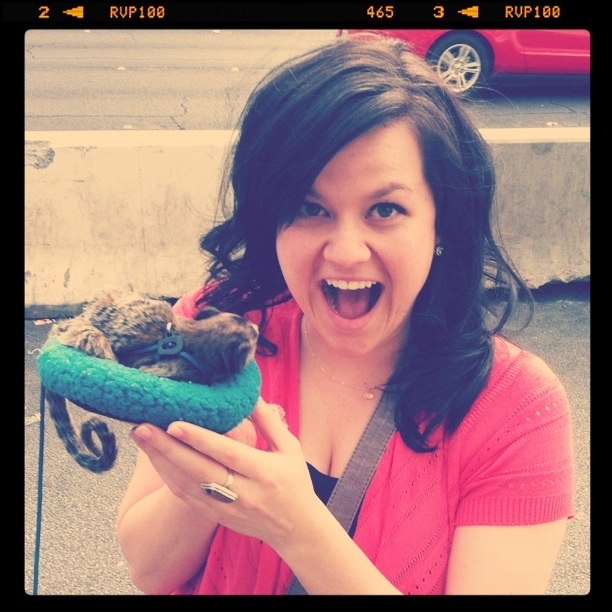 I was so disoriented by my magical monkey encounter that I realized how thirsty I was and how I had no idea how to get back to my hotel.

So I paid seven dollars to a random cab because I was dehydrated and felt like this. And then felt like an idiot because I was approximately two blocks over, just as I suspected.

The next morning, on the way out of Las Vegas, the passengers told a different story.

The aviators are worn for protection against the sun's glaring rays of people try to recover from their crazy party stints, and we serve a lot of ginger ale and pretzels. The emotions that were once running high with excitement and the adrenaline of the promise of memories in the making are replaced with silence and disgruntled looks that might almost hint at regret.

It's a quiet plane ride home, I can tell you that much.
Labels: animals las vegas the west