Close your eyes, and think of an amazing city to spend twenty-two hours in.

Did you think Pittsburgh?

First: I cannot look at it's city code without singing it to Michael Jackson's PYT. And then having it stuck in my head for days following.

Second: So I went to Pittsburgh. And I actually didn't mind. I didn't have to wake up early, and I ran around the streets like a fool -- A FOOL!

Our hotel was in the middle of the (surprisingly quiet) metropolis. I flew with a great crew, and we laughed. A lot. Mostly because we apparently stepped into an episode of The Twilight Zone and met some very interesting characters.

Standing behind a lone concierge desk accompanied by his brass luggage trolley, we stopped to ask a kind hotel employee if he knew of any quaint establishments in which we could rest our weary feet. If he were in a movie, he'd be a more animated version of Samuel L. Jackson. He spoke quickly enough that I contemplated asking if he had a background in auctioneering. He said something like this:

This monologue was without any breaths between sentences, said in under five seconds, and repeated (without hesitation) at least ten times. I and my other two new co-worker friends stood completely speechless for the duration of the city's description. And then eventually, maybe on the seventh time the man started repeating it, I started losing it. We were dumbfounded and I started to laugh. We thanked him and found several minutes later that he had vanished. So, yes. I am still convinced he was an animatronic on loan from The Tower of Terror at Disney.

As soon as we walked out of the hotel, we noticed a random man standing on the street corner yelling and flailing his arms at passers by.

Three older women, all wearing visors and fanny packs (at night) then stopped us and asked us if we had been to the fountain yet.

"Oh, yes! IT'S LIKE THE PARTING OF THE RED SEA"

Who wants to miss that? So we went. (Kind of quickly, because that's a great deal of bizarre interaction to have in such a short amount of time).

The verdict is still out on the Red Sea, but it was a fun romp: 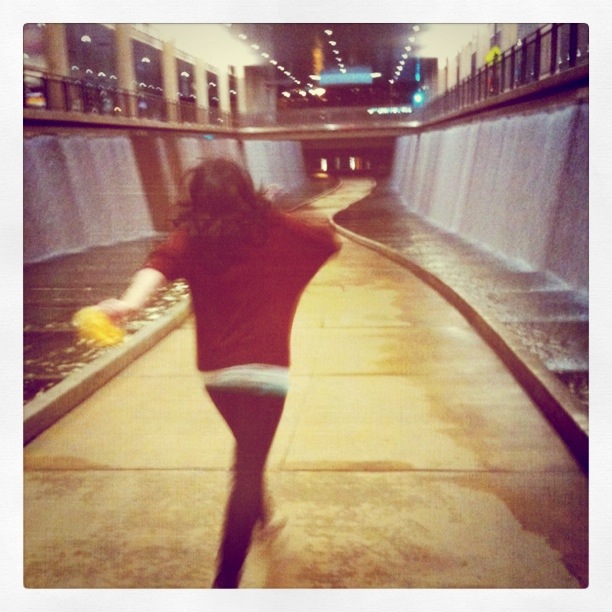 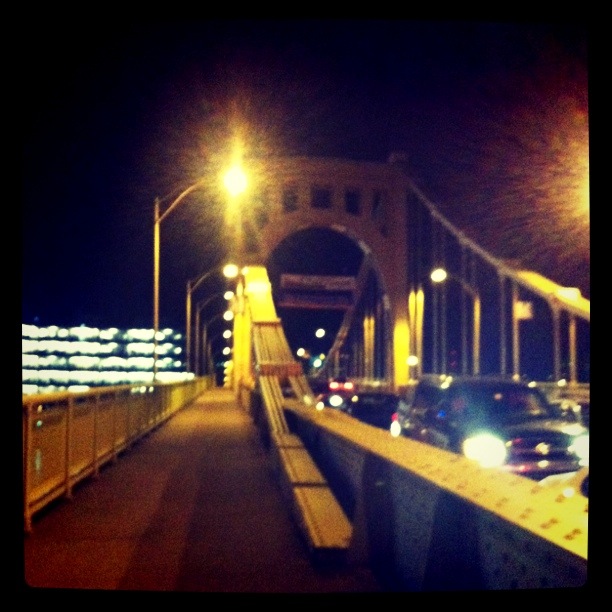 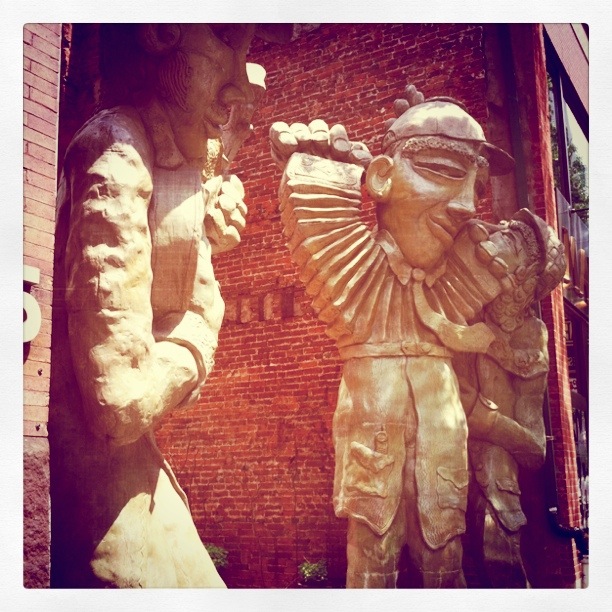 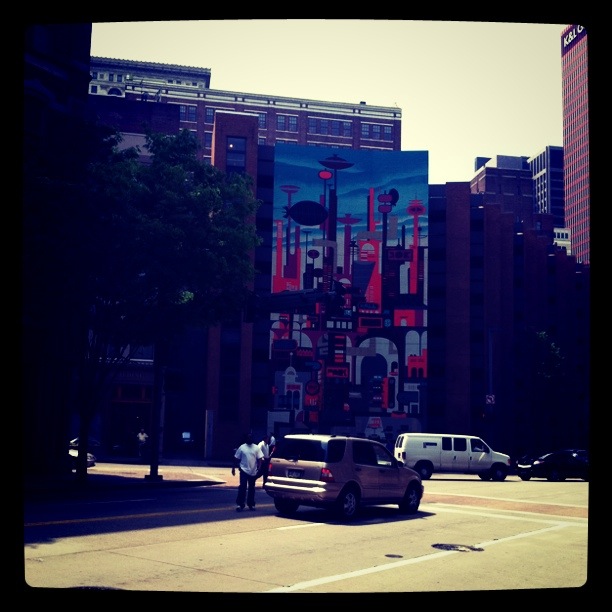 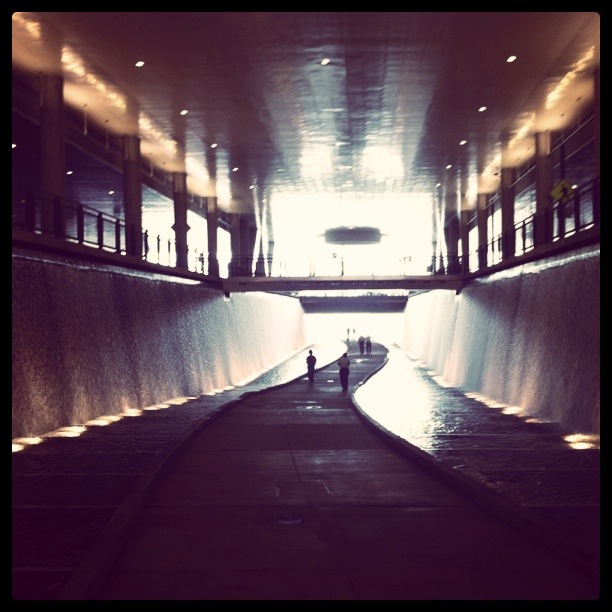 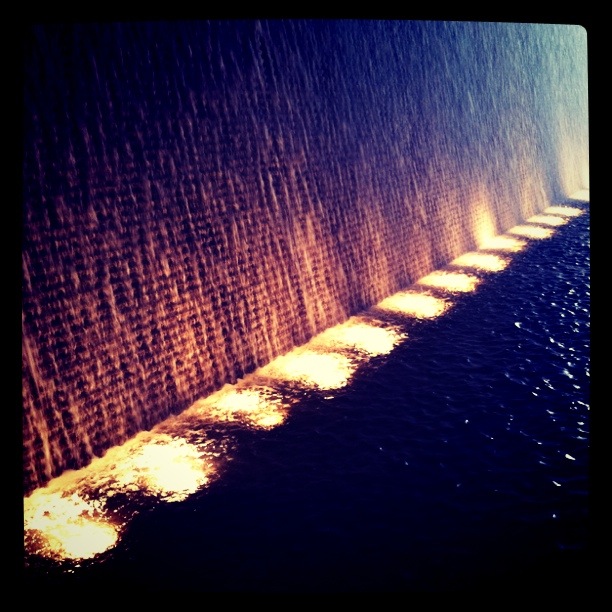 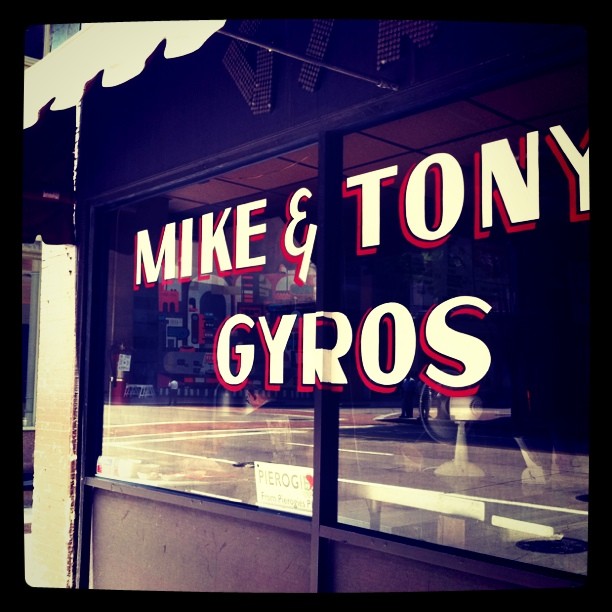 For lunch the following day, we ventured out for gyros. I'd never had one. So, it seemed appropriate that my first experience would be in a hole in the wall in Pittsburgh. Is it a well-known fact that they are lamb? And not just lamb, but slabs of meat on a stick that people use a machine to SHAVE IT OFF ONTO YOUR SANDWICH? I was a little concerned. But held tight to my sense of adventure and closed my eyes when they got the scary meat razor out. Ew.

I can't lie, the sandwich was good.

See you around, Pittsburgh. Keep it real, keep it weird.
Labels: food pittsburgh the midwest