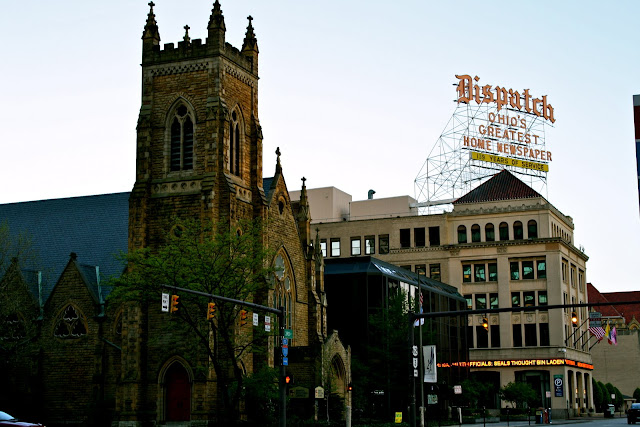 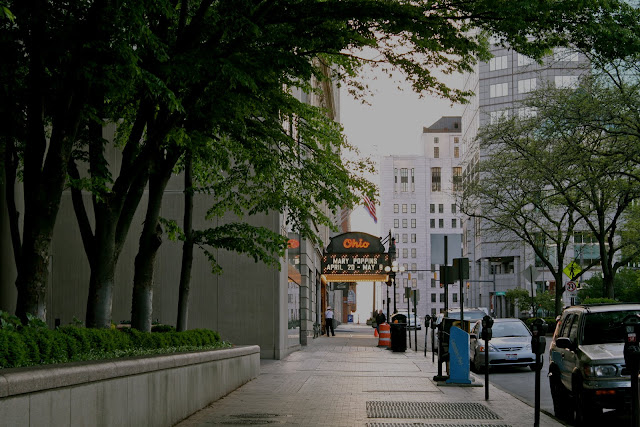 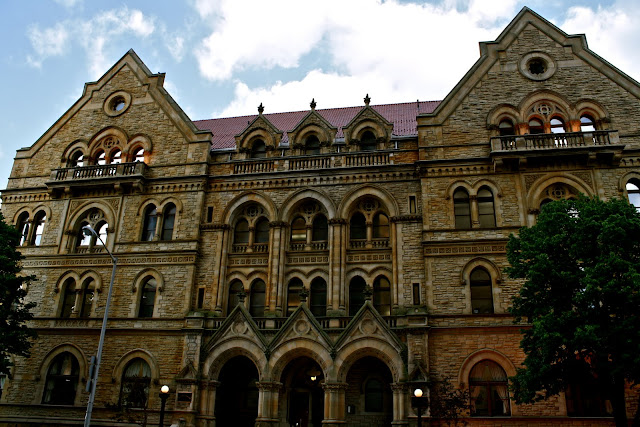 When I started this job, I began to wonder if I would require a translator for all of the jargon.

More seasoned flight attendants would ask me questions and I would respond with a blank stare or just say something completely wrong that probably made them feel sorry for me.

"Are you a speaker?"

What I thought this meant: "Do you know how to audibly form sentences and words in order to communicate?"
What they actually meant: "Do you speak another language?"

"Have you flown before?"

What I thought this meant: "Little girl, have you ever flown on a big airplane before?"
What they actually meant: "Have you flown as a Flight Attendant for a previous airline?"

Upon establishing that I am in fact in the infancy stage of initiation into the airline industry, it always happens.

There's a brief pause in the conversation and then they let me know:

"You're going to get sick."

Sometimes when they say it I can only imagine them saying it in the dark under a blanket with a flashlight over their face. It sounds pretty scary.

But, it's true. Because spending all working hours in a sealed tube with dry and recycled air tends to be a breeding ground for germs. Add equal parts of people handing over snotty tissues, half eaten sandwiches, and dirty heroin needles (kidding), and you've the makings of a pretty awesome cold.

Apparently this year was the year that mold, pollen, and dust conspired to form a vicious gang that ruined the lives of the working people. I was fortunate enough to fall victim in the middle of my second trip, ever.

On my days off, I was able to (I thought) efficiently recuperate. Instead, every time I flew it just got worse. And cabin pressure change mixed with sinus pressure isn't as great as it sounds.

So while Rome, Paris, Tokyo, and the like sounded like such a dream, it was actually Columbus, Ohio that made my dreams come true.

Because it holds ancient ruins, crawling with history? No.

Because I have dreamt of visiting since I was very small? No.

Because I had zero desire within my heart to explore and because for every moment of my layover I could go back and forth between the make-shift apothecary I formed in my suitcase, and the giant bed I got to sleep in.

Upon immediate consumption of my diphenhydramine-laced allergy medicine, I met one of the girls in my crew in the lobby and went to a Yelp! suggested restaurant for dinner. My time of useful consciousness would disappear soon. And girl had to eat.

And if there was any food I would want to eat before I passed out, it would be at Tip Top Kitchen.

Nestled in a nondescript building with a patio on one of the side streets in the downtown area, it was charming, and a place where a person would hope to be called a regular.

All of the reviews said something about a pot roast sandwich. That doesn't sound like something I would ever order. But I did. And it was. Ahh-mezzing.

On a toasted pretzel roll. With homemade kettle chips.

I tried to discreetly take photos, but you'll notice that I ate it pretty quickly and the picture does it no justice. 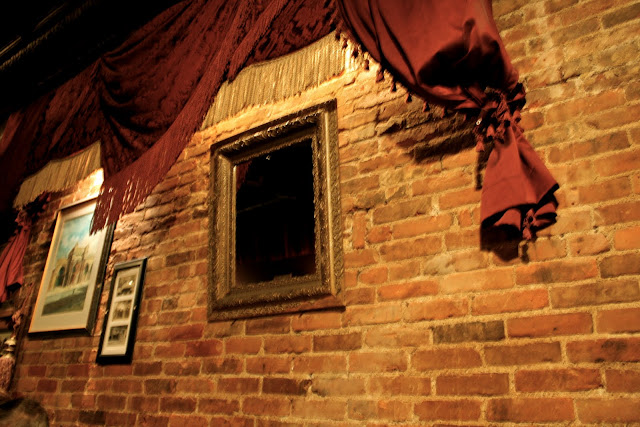 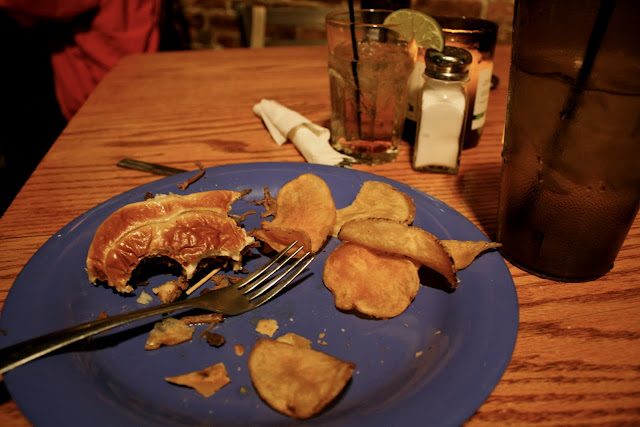 After gobbling my final meal of the day, I walked back to the hotel with my eyes closed and thanked Columbus for helping me feel better.

A special thanks to Tip Top, too. Visit if you're ever in town!