Six days out of each month, I am at the airline's beck and call. On my very first official day flying, I went on standby at LaGuardia. I basically had to show up, look pretty, and see where the day would take me. At five in the morning. Thankfully, I had former coffee shop experience which required me to pretend to function at very early hours.

I woke up around three, and had a car service come pick me up a little after four so I had plenty of time for something to go wrong. My driver and I did not share a common language, and most people were asleep (save for villains and raccoons), so it was a silent transport.

Approximately twenty minutes in, I got a call from scheduling. I was needed at the gate. Someone didn't show up. The plane was already boarding. It all seemed so quick. A sudden burst of energy made me concerned I was going to run into a wall or break something, but I practiced self control and hauled my bags upstairs. I didn't even know where I was going.

The three other crew members were all around my age. Each one especially kind and welcoming to me; all with accompanying pretty hair and white teeth. This seemed to be a trend.

And, then---the reveal: we were bound for Vegas.

I'd never been. To be honest, I usually forget it exists...but, to be paid to see it and go there on the very first day of my job seemed like a pretty exciting thing.

There were several flights that day, and I was able to keep my mishaps at a manageable level. While serving in first class, I delivered hot tea to a woman, and respectfully provided her with the entire tray. She was confused but was kind when she handed it back to me later.

I went into the cockpit for the first time, as we were flying over the Rockies on a clear and gorgeous day. The pleasantry of small talk ensued with the first officer, and as he pointed out something he found to be geographically interesting about the mountains, I leaned over to see and hit my head on an obnoxiously jagged toggle. Right into my skull. At least that's how it felt.

An internal cussfest took place in my mind as the pain started throbbing. The pilot seemed not to notice the hand fixed to my head and the grimace as I tried to continue making small talk and keep a stupidly giant grin on my face as I waited for blood to start streaming down my face and ruin my first impression.

I left, fortunately still conscious, and with a new friend in the form of a giant knot on my scalp.

Who knew I would be so happy to see the desert.

So there I was. My first official layover. In a luxury hotel, right on the strip. With a casino in the lobby? And the biggest, softest bed that almost brought tears to my eyes. Going back in hours across the time zones was more than my body was ready for. I left with a couple of girls from the crew and wandered in the sun. 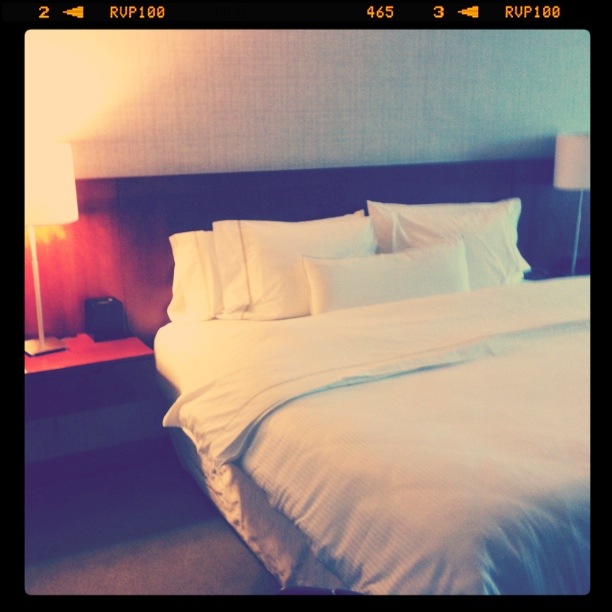 It was as if I had walked into a Jimmy Buffet song. People wore drinks as necklaces, and some looked as though they had been burning for hours but maybe didn't know it yet. Not having been before, I found myself drawing comparisons to a less glamorous city known to us Midwesterners as: Gatlinburg. 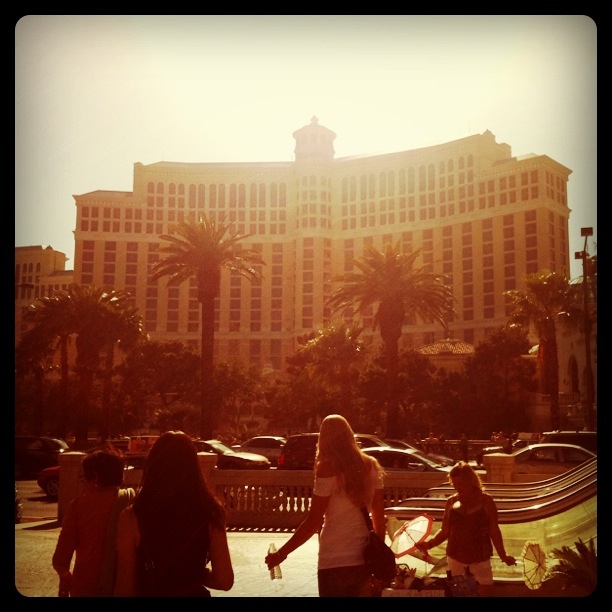 One of the girls decided to play a few rounds of cards, so we took a seat and watched. I looked around and was concerned to see the amount of people that made me think, "Do these children know their parents are here dancing like that?"

As it tends to happen, men started flocking toward my beautiful co-workers. I was fading quickly and tried to keep my (now swollen) head in the upright position, and ignoring the voice in my head that kept telling me I'd been up since three that morning, many time zones ago.

When ten men realize they can't hold the attention of the one girl they were hoping for, they started talking to me. When a forty-something Howie Mandell-circa Bobby's World man tried starting conversation...I walked away. And bought myself a hot dog. And started walk/sprinting back to the bed that made me weep.

And that, was my first time in Vegas.
Labels: baby flight attendant las vegas the job the west